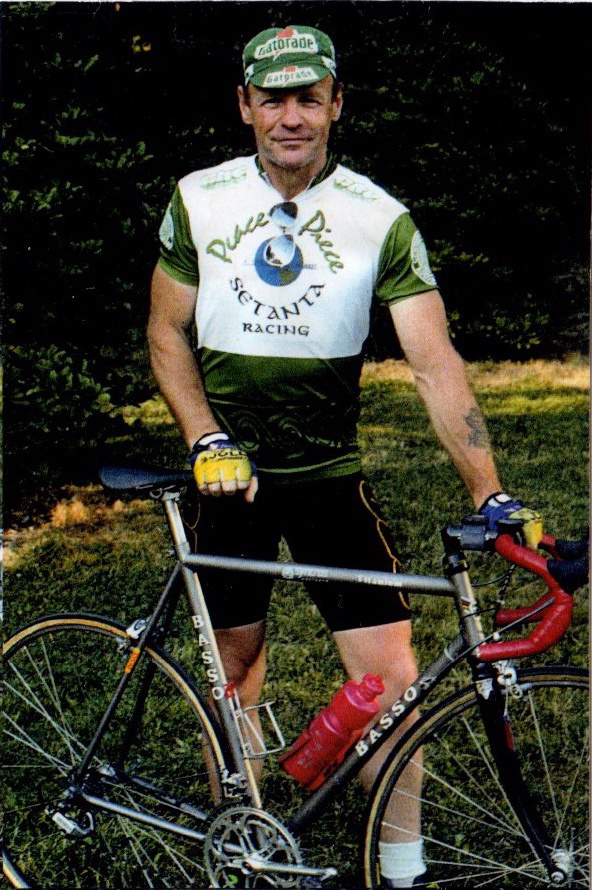 Patrick was the founder of the Setanta team back in the early 90’s when the members were mostly all Irish. The women’s team that eventually evolved into Comedy Central was originally a women’s sub-team of Setanta, thanks to Patrick’s enthusiastic support.

A typical Irishman with a heavy brogue and lots of stories, Patrick lived for cycling and racing. He once stashed a new time trial bike at a friend’s apartment because he didnt’ want his wife, Trish, to find out he’d bought yet another machine. When he was diagnosed with brain cancer he continued to ride, even managing some cycling trips abroad;when he couldn’t manage outdoors anymore, he rode his trainer indoors. That’s love.

Patrick beat cancer nine years past his prognosis. He was a tough man,both on a bike, and in life.