One Down – NYD Ride 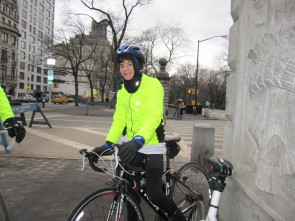 Once again, they show up after a night of celebration to welcome the New Year on bikes. This time, they decided to pioneer new routes to the Bear and back. Some ending their rides sooner than others and some deciding to end their ride in a warm place (we hope) instead of returning to Engineer’s Gate.

However, what we know is that 33 handed in waivers with others riding with them for a part of the ride and others meeting the group at the GWB. The group went their separate ways after that. In the end, Rob Weitzner of Foundation returned solo @ 1 pm, followed by David Chomowicz, Todd Brilliant, Pascal and Sarah Sauvayre. 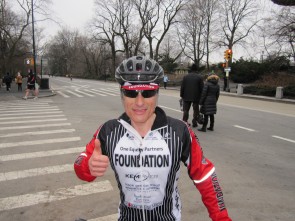 We do have two Honorable Mentions: Colum McCann and his 14 year old son, John Michael. While they did not survive the vicious pace set once on 9W, they did make it to Bunbury for a cup o’ joe, a muffin, and congratulations to John Michael for jumping in the deep end. 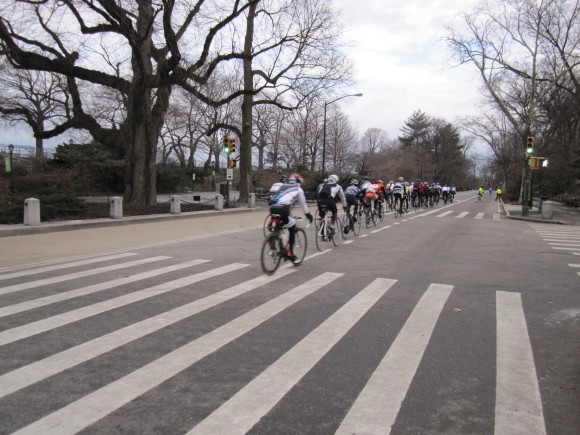