Montecci Bikes Co is a developing bicycle brand from New York City focused on the growing and education of the cycing community in the tri–state area. Montecci was started in 2008 by some cyclist friends that wanted to make the transition from alloy to carbon without spending a lot of money but with the quality and standards of the famous bike brands around the world. 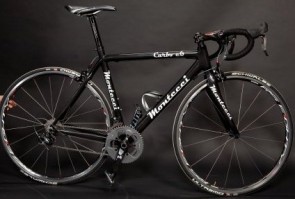 The company has grown every year in developing new frames and a line of bicycles for all people and ages. The little company that started at an apartment with the idea of some friends, now has 4 different designs of carbon frames, wheels, hybrid bikes and a folding bicycle.

The vision of the company is to grow a solid cycling community; the year 2011 is a target to fullfill this goal by bringing the Montecci Performing Team, developing new talent for the bike scene at New York City. Sponsoring clubs and races is a key goal for our company as well.