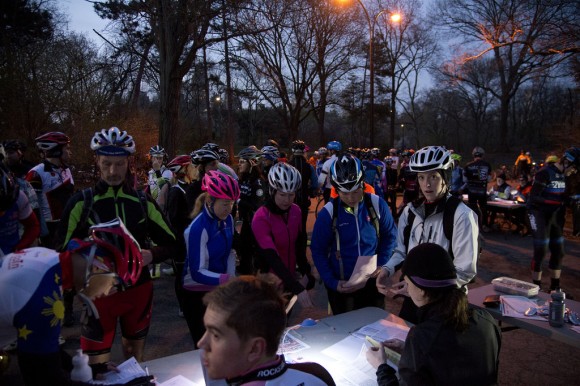 A chilly but beautiful morning for the women’s race clinic! Unlike past years the women’s and men’s clinic were the same day, so the safety and park racing rules talk was given together by coaches for both clinics, Tara Parsons and George Suter. Besides talking about what happens when the field gets passed by another field and the runner lane rule (NEVER GO INTO IT), safety was emphasized including holding your line, no sudden lateral moves or braking, and overlapping wheels. Keeping the race active, and using this clinic as an opportunity to try things or to have a race within a race was discussed. 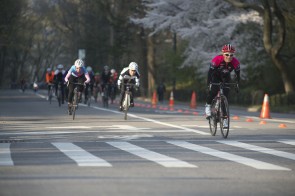 After all of the club fields went through for their first lap, the clinic racers set out. The women stayed neutralized through the top of Harlem Hill, where racing began in earnest. There were continued strong accelerations by many riders, Elizabeth Hoffman always pushing the pace on the hill, and Ceren Bingol and Emily Chan duking it out in the prime and the final sprint. Both Rosael Torres Davis and Emily Stapleton got in on the action in the sprints. The front group became 13 on the second Harlem Hill when a small crash separated the riders a bit. Both riders who went down have reported in as being okay, and both continued racing after. Hopefully, now that they have gotten their first race crash out of the way, they should have good crash karma from now on!

Riders charging at the front throughout the race were Ayesha McGowan, Kyra Wolfe, Barbara Maguire, Jaime Soper and others. There were a couple of powerful attacks, including by Emily Chan which was countered by Vera Kuipers, who ended up staying away for the length of the west side. This effort yielded her the “Most Aggressive” award.

Road bike racing is a sport of persistence, so for riders who maybe didn’t make the front group or didn’t place as high as they wanted to will learn from this race and keep trying. ALL racers, no matter how successful they have become, have had difficult races that didn’t go as well as they had hoped!

We are hoping that many of these first time racers are now hooked on the sport and will join CRCA. There are many free-to-members coaching opportunities with a new member skills session this coming Tuesday. Check the CRCA coaching calendar here: http://archive.crca.net/calendar/

Photos from the Clinic and video coming soon!  Check back on CRCA’s Facebook page. 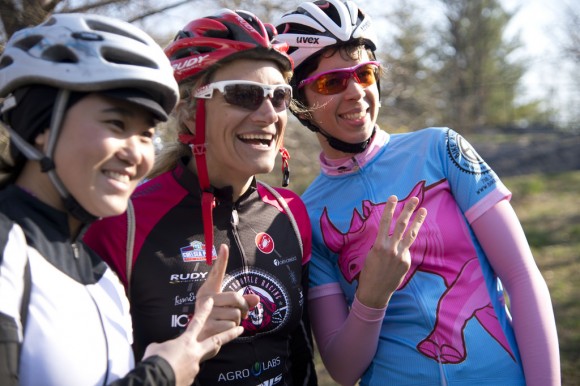