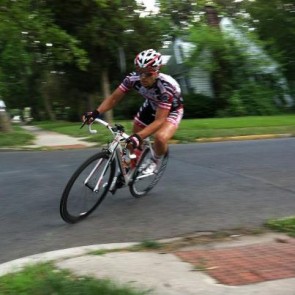 June 9-10 saw a number of top finishes by club members both in and out of town. Adam Alexander of Foundation won the men’s 1-2-3 Big Apple Classic race in Prospect Park. Caryl Gale of Deno’s Wonder Wheel won the women’s race, and Sarah Sauvayre of BH/Comedy Central got 2nd in the women’s race. Jan Micko of Bicycle Planet won the men’s 40+. For full results, click here. In New Britain on Saturday, there was the Nutmeg Criterium, where Danielle Kosecki of Asphalt Green won the women’s 3-4 field, and Aimee Layton of Gennaro’s got 3rd. Finally, James Jung of FGX Racing is reported to have won the 3-4 field in the Wilmington-Whiteface Road Race with a breakaway in the last kilometer.

On Sunday, Alex Bremer of Foundation got a big result with a win in the men’s 1-2-3 field of the Riverton Criterium, followed by his teammate Rafael Meran, who got second.  In the Sunday Purgatory Road Race/Massachusetts Road Race Championship, CRCA/BH 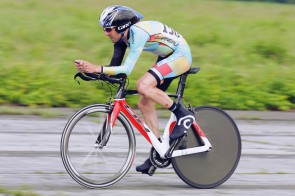 Also on Sunday, the CRCA added a special New York twist to Time Trialing with the CRCA club championship TT on the short course of Floyd-Bennett Field. Michael Boardman of BH/Comedy Central had the fastest individual time, taking the win of the men’s 1-2-3 field. David Carr of Setanta had the second fastest time, winning the men’s 50+ field. 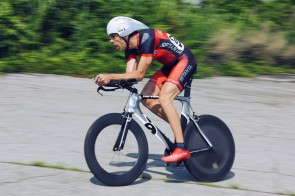 Raquel Miller of Houlihan Lokey won the women’s 1-2-3 field, and Brittlee Bowman of Innervation continued her winning ways with a win in the women’s 3-4 field. Other CRCA winners included Matt Seaton of Rapha (men’s 40+), Knowl Johnson (cat. 5 field) and Rob Rakowitz of Sid’s Bikes is the club cat. 4 ITT champion, just 10 seconds behind the winner of that field, Christopher Deluco. The men’s cannibal TT was won by Tim Ward, followed by Pascal Sauvayre of BH/Comedy Central (who also got 2nd in the 50+ ITT). The women’s cannibal TT was won by Ellen Reichel, followed by Laura Lee Vo of Radical Media. For complete results, click here. 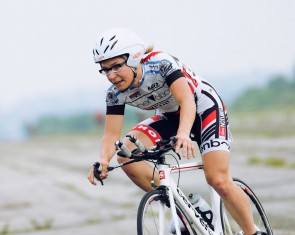 As for the team TT: teams from the women’s Innervation squad took spots 1 and 3 in the team TT, while team 1 of Houlihan Lokey took second place. The men’s B field TTT was won by the siggi’s/NYVelocity team 1, followed by Foundation B team 1 and then CycleLife USA-GF Capital. The fastest unofficial time in the A field was the two person combination of Ken Harris and Sam Morkal-Williams for the CRCA Development Team. Since the official time was calculated by the third person over the line, the winner of the men’s A TTT was the team from Kissena, followed by the Polska team and then the BH/Comedy Central team.  Results can be found here.

Congratulations to all club members who did well this past weekend. If noteworthy results were overlooked or other mistakes made in this story, email communications[at]crca.net. And feel free to send results in the rest of 2012 (ideally with links to results pages) to the same address. Thanks to Victor Chan (http://www.oneimagingphotography.com/) for provision of the ITT photos in this story. More can be found here.