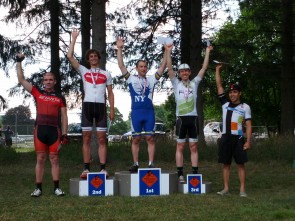 Walker, Blumberg and Poblacion on the 2012 Pawling Cat. 3 Podium

July 7-8 was a big weekend for CRCA members with a number of top finishes. 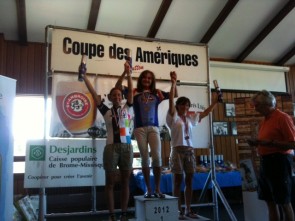 Miller and Hicks 1 and 2 at the Coupe d' Ameriques

Meanwhile, Juan Aracena is the 45+ New Jersey champion (I do not have other results from that race now). And at the Coupe des Ameriques Masters Stage race in Sutton,

Finally, Fabienne Girard was the 3rd place 40+ women’s finisher at the 2012 Etape du Tour, 6th woman overall. This is the stage being done on Thursday, 152 K total with 72 K of climbing.

As usual, send corrections/supplements to communications[at]crca.net. This report was a bit abbreviated because completed quickly while on a porch overlooking a lake on vacation. Now back to that vacation thing. Nice job everyone!!!