Team Effort: The Dissection of a Solo Break Win

Despite “feels like” temps in the teens this past Sunday, many CRCA members made their way to Bethel, CT for the Tour de Kirche (the 3rd race of the Bethel Spring Series).  Notably, the Women’s field was over 40 riders deep and included great representation from several of our Women’s sub-teams, including Rockstar Games/Signature Cycles, Asphalt Green Cycling Team, Houlihan Lokey, BH/Comedy Central, Stan’s NoTubes p/b enduranceWERX, and Radical Media.

But the showstopper of the day was undoubtedly Matthew Vandivort’s 5 lap solo break move to win the Men’s 3/4 race.  From the sidelines, fellow CRCA racers gathered to see whether he’d be able to hold it for one more lap… and cheered when he came through again – alone!

While we tend to focus our attention on the race winner, it is  often the heroic efforts of teammates who repeatedly attack  and counter-attack the field, that allow a rider to finally succeed in breaking away from the field.  In his race report, Matt emphasizes his win as a team effort and takes the time to set up the context for his solo move.

Here’s an excerpt (complete race report along with photos and video from the race at Team Sixcycle RK&O’s website):

Riding away from an original 3-man break initiated by Michael Hughes of Rapha, and joined by Aaron Katin of BH / Comedy Central, Matt said the race “from here… became a blur. ” 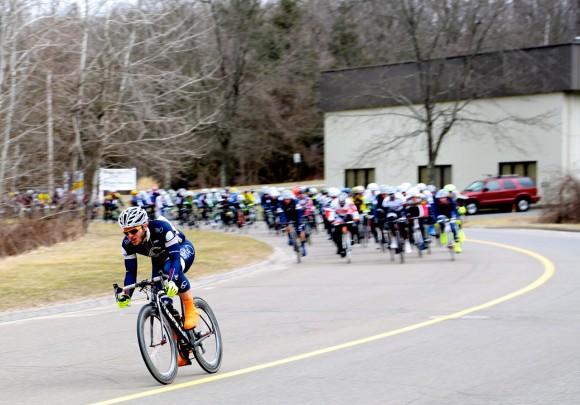 “Shortly after seeing five laps to go I put in a long pull.  As the headwind pounded me on the backstretch, I looked back to see a gap to my former breakaway companions… Putting in another dig around the back stretch and up the finishing climb, I saw four laps to go, not bothering to look back to measure the impact of my effort.

However by the time I went around the next corner I looked back and saw nothing but empty road – the field was out of sight.  Determined to build my cushion over the field, the next two laps were the hardest of the race.  Head down the entire back stretch, doing my best to hide from the onslaught of the headwind I kept turning over the pedals, glancing back in each corner expecting to see the onrushing field but instead seeing nothing but empty road.

As a rider whose on the bike successes have come out of field sprints rather than breakaways, it was an odd feeling being on the road all alone, unaware of how much cushion I had to the field behind me, the entire time thinking of how much longer I had to keep ticking the pedals over to stay away.  Three laps to go…”

Matt held on… “as I came around the final turn and approaching the finishing climb I looked back and saw I still had a sizable gap to the field, who were finally coming into view in the previous bend.  To the relief of my legs, I was able to shut down the effort on the final hill, slowly crossing the finish line ahead of the impending field sprint…” 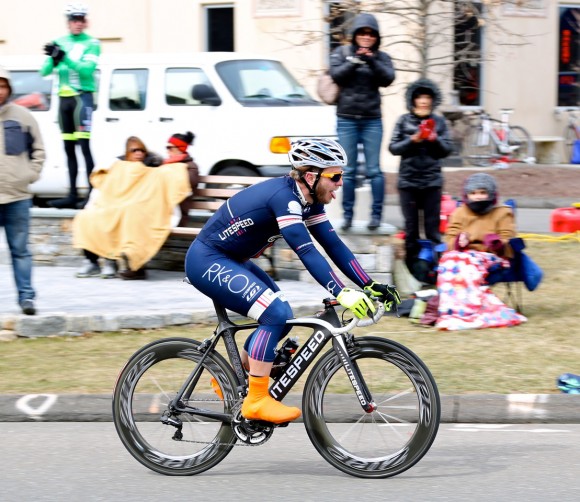 Please send your race reports and photos to communications[at]crca.net for inclusion in future CRCA features!