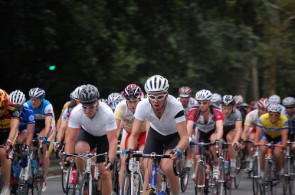 Evelyn Stevens is the overall national leader in the USCF Road Race Rankings for Cat 1 women. Dan Zmolik has the lead among Cat 1 CRCA Men. Peter Hurst moved up by winning the New England Championship at Tokeneke.

Many of the ealry season category leaders, such as Colin Prensky among the three’s, have upgraded ,so they are no longer listed. The goal among lower category riders is to upgrade, not lead their category.