The first race of the 2011 CRCA season could have been a catastrophe for cycling in central park. The primary reason were racers blatantly ignoring rules and directions. 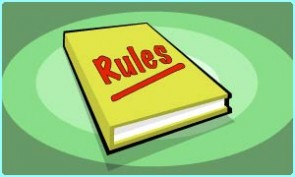 During the races, the following infractions were observed:

Less dangerous behavior, but displaying a brazen disregard for rules, were these Central Park Rules infractions.

To determine how best to avoid this behavior in the future, the Board met and discussed the possibility of taking actions against specific individuals. Notwithstanding the seriousness of the above and the potential for grievous harm to racers and other Park users, the Board decided it would not penalize individual members involved. However, this letter will be considered the first warning for all members. The next infraction of any rule by any member will incur a penalty.

TAKE NOTE – As a result of suspension from the club, members will no longer be a “member in good standing” with the club until such period of suspension is complete.  Suspension from the club therefore results in an inability to race in open races. USAC rule 1J12 states “No rider may enter a race as a member of a club who is not a member in good standing of that club and, if licensed, is licensed as a member of the club.” The Board will monitor suspended members and report any breaches to USAC.

This Board realizes using punishment to alter behavior as a short-term solution. Once the enforcement disappears, undesirable behavior returns. Penalties do not teach self-discipline or address the actual behavior problem. Therefore, we are asking you reflect on the seriousness of this situation and police yourself. Our present negotiating position would be severely damaged by a life-threatening injury to a non-racing Park user.

CRCA has a long tradition of safe racing in Central Park.  We want this to continue. Understanding this requires adherence to what many may view as harsh or silly rules. We ask for your assistance in changing the club’s past practice of not strictly enforcing rules that apply to our club races.  However, the best result would be each member enforcing themselves, rather than the Board. Please help ensure your behavior won’t require punitive action against any of our members – it is not the focus of our administration.

Please re-visit these sites: USAC rules, Club Race Protocol, Central Park rules and the CRCA Code of Conduct. It is the racer’s responsibility to know, understand, and act within the rules of any USAC event. (USAC rule 1Q4)

We welcome your input on this or any other club matters.  Please feel free to reach out to any of the members of the Board to express your views.