CRCA and SID’S Bikes are pleased to announce that SID’S Bikes will be the title sponsor for a new P/1/2 open racing series comprised of several CRCA open racing events.  SID’S is already a major sponsor of cycling in NYC and thanks to their expanded sponsorship CRCA is excited to introduce this new open race series for elite racers.   To learn more about SID’S Bikes please visit their website:  http://www.sidsbikes.com/

The new SID’S Bikes P/1/2 series will allow racers in the New York City area to compete across a variety of disciplines including road races, circuit races, flat TT’s and uphill TT’s.  Races in the series include the Bear Mountain Spring Classic, the Central Park Classic, Mengoni and the Bear Mountain Fall Classic. 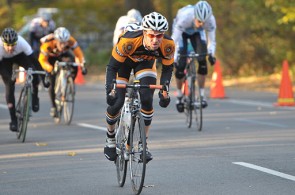 For more on CRCA’s sponsors, please visit CRCA.net at: http://archive.crca.net/sponsorship/

The humble beginnings of Sid’s Bikes started over 40 years ago, with a small store called Chain Auto located in the Inwood section of upper Manhattan. As the name implies, the store was an auto parts store, but in addition, locksmithing and small appliance repairs could be had. It started with a small assortment of bikes. By the midst of the ’73 oil embargo, selling bicycles became a major part of Chain Auto. Soon, the flood of customers interested in commuting to work by bicycle, and the new trend towards exercising, made the bicycle section of the store grow beyond the other departments. By 1979 Chain Auto officially changed its name to Sid’s Bike Corp. Sid was the nickname of the shopkeeper. Under the new focus came a new location in the Riverdale section of the Bronx. At this point the business shifted almost entirely to bicycles. In keeping with its roots, however, customers could still get locksmith service while having their bike repaired. In 1993, Sid’s opened a second location in Manhattan’s Kips Bay neighborhood. In 2005, Sid retires, closing the original Bronx location. In 2007 Sid’s opened a second Manhattan location at 151 West 19th Street and Seventh Avenue. 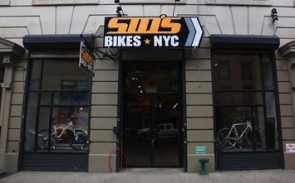 One of SID'S NYC locations

Sid’s Bikes is New York City’s only bike shop to be awarded “Top 100” bicycle shop 4 years in a row by Bicycle Retailer & Industry News, as well to be selected “America’s Best Bike Shop” by Bicycling Magazine.

Founded in 1898, Century Road Club Association (“CRCA”) is a bicycle racing and development club that provides coaching and competitive events for all ages in the New York Tri-State area.  The club is one of the largest bicycle racing clubs in the country and was named “Club of the Year” in 2009 by USA Cycling, the sport’s national organizing body.