As the second installment in our 2012 CRCA Season Preview, we (David Carr) did an interview with Matthew Vandivort, the director of open racing for the CRCA to give more information on what is happening in the 2012 CRCA Open Racing program.

What have been your main goals in building the CRCA open racing program for 2012? 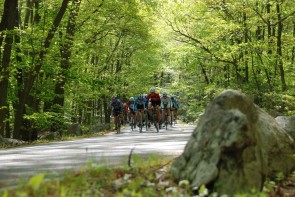 At the broadest level the primary goal – not just for me, but for the CRCA Board as a whole – is to raise the quality of our open racing calendar.  Meaning both more open races and better open races.  And I think we’re putting together a calendar of events that does that – we’re going to have more open races on the calendar than any year in recent memory.

But there are some more specific goals that you can see in the calendar that we’ve put together – for instance our Men’s 3 and Women’s 3/4 racing series – these are both categories that we felt were somewhat underserved on the current New York City racing calendar so hopefully these series give these riders a chance to shine.  And with the Alpine Hill Climb we’re expanding our TT calendar to include both a flat FBF TT and a TT that is anything but flat.

What is happening in terms of more familiar CRCA open racing events like the Bear Mountain Race?

Without a doubt the biggest event on CRCA’s 2012 calendar is the Bear Mountain Spring Classic and New York State Road Race Championship. The past two years have been challenging for that race due to construction in the park but we’re back to our original course – which is a beautiful course – and as the New York State Road Race Championship it will be one of the most prestigious races in the NYC area.

With upwards of 700 participants and hundreds of spectators we’re also putting a lot of effort into making the event more spectator friendly – for example we’re going to have several food trucks in attendance. The amount of work that goes into planning and executing that race is huge but in the end hopefully we’re putting on a great race for the tri-state cycling community.

How did you decide about the Bear Mountain fields this year? 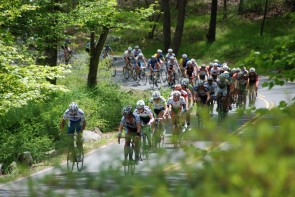 To some extent our fields for Bear Mountain this spring were dictated by the requirements associated with the New York State Road Racing Championships. But at the same time we went above and beyond those requirements by including multiple mens cat 5 and cat 4 fields to insure we have plenty of capacity for those riders. In addition we maintained our dedication to women’s racing by offering a women’s cat 4 field. And for the men after the strong turnout from cat 3 racers at Mengoni last year we added a stand alone cat 3 field to Spring Bear.  In the end this adds up to 26 scored competitions – far more than any event CRCA has hosted in recent years. As a result every category rider – male or female – has the chance to shine and we’ll certainly be handing out a lot of state champion awards.

Tell us about new events that racers in our area should keep their eyes out for?

But there’s a lot happening in addition to these events at Floyd-Bennett Field. We are bringing back the Alpine Hill Climb tentatively planned for June 23rd, while inside Central park we have several new open racing opportunities including the Central Park Classic on June 30thand the NYC Masters Throwdown on August 18th.  And then of course our open racing series are an entirely new addition that gives Cat 3 men and 3/4 women the opportunity to compete for GC prizes across several races.

Regarding Central Park – there are some major changes to the Open Racing calendar? 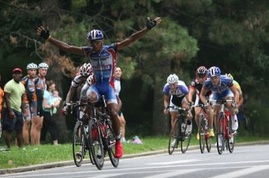 The Mengoni Grand Prix and Maltese Memorial have both been around for more than a decade and have been and hopefully will continue to be highly successful in their own right, particularly with some of the additions from last year like sprint premes for Mengoni.  But based on feedback from CRCA members we wanted to expand the number of open racing opportunities in Central Park so this year we did make several changes to our Central Park calendar.

First we are introducing the Central Park Classic on June 30th which will have Men P/1/2/3, Men 3, Men 4 and Women 3/4 fields.  We’re also going to include a Harlem Hill sprint competition to give our climbers a chance to shine.  And we’re offering all CRCA members a discount on the registration price for this race. Hopefully this race develops the same level of prestige as Mengoni and Maltese.

Then we are taking our traditional Club Master’s Championship from the end of the year and converting it to an “NYC Masters Throwdown” open race.  All of the registration for this event will be on Bikereg but CRCA members will only pay the club race price. This is a great opportunity for Masters – CRCA members and non-CRCA members alike – to race in Central Park.

Sponsorship appears to be a major push for this year? 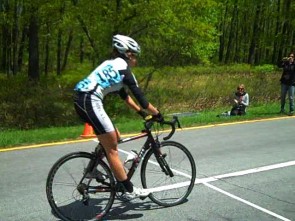 sponsorship for these races. With an expanded open racing calendar and the increased expenses associated with open races it’s important for us to find sponsors for every event on our calendar.

Thus far we’re seeing a very positive response from the NYC cycling community via a lot of interest in our sponsorship opportunities.  We recently announced Bike Doctor NYC is sponsoring our 2012 Women’s Development Racing calendar and we are very close to signing sponsorship agreements for several other events.

These sponsorship agreements are a win-win for everyone involved – all of the sponsorship that we receive is poured back into the events meaning we can offer terrific prizes for our racers like an Ultegra Gruppo for the winner of the Women’s Development 3/4 Series presented by Bike Doctor NYC. Meanwhile our sponsors get in front of a wide array of racers (both CRCA members and non-CRCA members) via our events and their presence at CRCA.net.

Anyone interested in sponsorship is encouraged to email me at openracing[at]crca.net

What’s the best way to stay up to speed on Open Racing?

We’ve put a lot of effort into increasing the amount of information about open racing that we post on CRCA.net. For 2012 you’ll

see detailed information about every open race on the calendar and after races we’ll be posting video and pictures to the website. Spring Bear is a great example of how our open racing web presence has expanded this year.  So stay tuned for CRCA.net as we progress through the season – there will be lots of exciting content on there.

And for even more up to date information on everything club related make sure to watch the club’s Facebook page (listed under Century Road Club Association).  Of course if anyone has questions or feedback about Open Racing I encourage them to e-mail me directly at openracing[at]crca.net.

Story proposals for the CRCA website are always welcome at communications[at]crca.net.