CRCA is deeply saddened at the loss, on November 11, 2014, of our friend, CRCA coach, mother and celebrated racer Deirdre Murphy Bader.

In 2000, she began coaching for the Century Road Club and since retiring from competition after the Olympics, Deirdre focused on passing her knowledge of cycling to others as a coach for CRCA. In addition, Deirdre also coached one-on-one. In 2005, Deirdre coached fellow CRCA Club member, Marie DeRosa, to a World Champion Title in the Masters World Time Trial Championships in St. Johann, Austria. 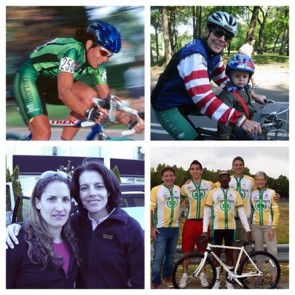 In 2004, in collaboration with NYC2012 and NYC Parks and Recreation, Deirdre founded Star Track, NYC’s first after-school track cycling program for underserved children. Since its inception over 1000 kids have learned to ride track bikes on the Kissena Velodrome through the program. Whether they just got needed exercise or eventually won a collegiate national championship, each learned discipline, teamwork and the sport of track racing. Until she passed away, Deirdre worked tirelessly to tie up every loose end of the program and make sure it was left in very good hands.

Deirdre’s request was that contributions in her memory be made to her beloved Star Track program at Bike New York – Star Track 12 E. 87th St., New York, NY 10128.