Are you doing four-hour rides on your trainer this winter?  Dan Zmolik of Stan’s NoTubes / AXA is in preparation for the 2011 season.   He had a great year last year racing in and out of the park.   In 2010, he placed in seven CRCA races and won the Jim Boyd award, the individual season-long competition given to the rider with the most points.   He just finished 3 days of racing in the Bahamas (he won the last stage) last week and answered a few questions for us. 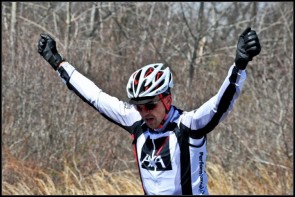 Tell us about your background. When did you start racing?

I started riding a lot when I was 15 and then racing shortly after that. I was a decent junior, but not spectacular, got some results mostly from breakaways and tt’s. I was going into my first senior year as a cat1, but I broke my knee that winter and started the season unfit in a very strong field and never really did anything but get dropped that spring so I quit. There’s a different mentality in Europe, pretty much you get into racing to make it and race at a high level, if you can’t make it you quit racing and just enjoy riding your bike.  There are no cat 3 racers for life. I guess it’s good and bad all at the same time.
I did not touch my bike for ten years and started riding again about 7 years ago to lose weight. Tried few races and got hooked again. Then I met Mike Sherry when he was starting the Empire team (Stan’s NoTubes / AXA, this year) and from there on it was close to full time again. 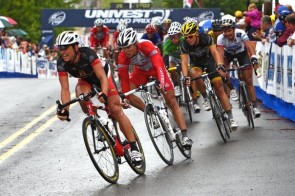 Best racing memories / win?
There are two results I like a lot. Last year’s Iron Hill Race that my team mate Clayton Barrows won (and took over the lead in USA Crit Series) and we pretty much controlled that race.  It’s not something we get to do every day in stacked field, so it was pretty special.  Plus night time crits are awesome and there is always a huge crowd at Iron Hill and the atmosphere is great.
Next is my cat 3 win at bear mountain.  I think it was the first time I won since I started racing again and I was in a break with four guys from the first time up the climb and did almost two laps by myself.   Winning solo is always great.  You get to enjoy it that much more.

How are you training for 2011 with all this snow?

Training’s been rough this winter but I think that consistency is the most important part of training. I also need a lot of time on the bike to get fit, so I’m still doing it.  Because of the winter I did most my training indoors on the trainer.  As a matter of fact, I have not ridden outside since Dec. 25th (minus three days in Bahamas). Basically I do the training given to me by Mike Sherry with a few adjustments if done on the trainer. Up to three hours long I will do the workout prescribed. If I have a 4 hour ride, I do 3.5 hours, but no less then 3. If I have a 5 hour ride, I do 4 hours. It’s hard to get used to it but Netflix makes it much easier for me. 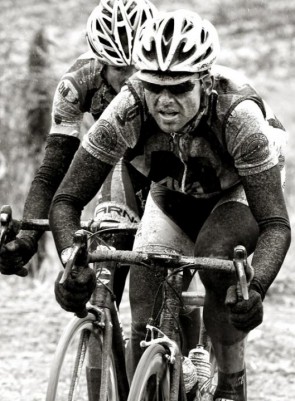 I like that the club is mixing it up with new formats and finishes, so every change is welcomed.

Tavern – Honestly not a big fan of this one.  I think it will be very hard for anyone to control the lead-out and stretch out the field since it’s on a long downhill and the last two bends will be pretty dangerous with bunched up field.  It’s little bit like a cat’s paw finish, except the downhill is much longer and the actual uphill sprint much shorter, so everyone is going to feel like they have a chance.  It could get pretty hectic. I think, ideally we’ll try to get there in a small group.

Engineer’s Gate – I like that one. It’s wide open straight road, but it’s not gonna be an easy finish since it comes after the cat’s paw / met hill. If it goes fast enough over the hill some people won’t be able to put up much of a sprint for the finish.

85th St – Again I like that one.  If it’s fast enough over Harlem hill and the following rollers / hills it will be very hard to put up a good sprint with burning legs.

I think tavern finish is good for someone with ‘big hit’ sprint, which I don’t have, but the other two are gonna be good for someone fit, who has a decent 1 minute power and can still produce high power 15 second sprint without the need for huge acceleration