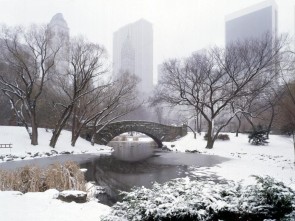 The CRCA was represented by Dave Jordan, President, and Jen Saunders, PR Director, at the February 1st meeting of the Central Park Conservancy Roundtable. The meeting was also attended by representatives of CPC, NYPD, Parks Enforcement, TA, NYCC, NYRR and other interested parties.

The NYPD feels strongly that there has been an increase in bike-related injuries in the park and that enforcement of traffic laws is the best course to reduce these injuries. Unfortunately, despite well-articulated arguments from the cycling community, in particular in regards to particular times in which it might make more sense to increase regulation – i.e. on a warm weekend afternoon –  the NYPD is unwilling to budge, claiming that the law is the law.

Captain Wishnea, captain of the Central Park precinct, noted several times that while we may have had a lot of support opposing the crackdown present, there is also a lot of support for it. They are unwilling to relent or accept a change in interpretation of a red light, such as treating red lights as stop signs.  However, Wishnea did like the idea proposed that the lights be switched either to flashing yellow or pedestrian-controlled red during off-peak hours. This is something that the DOT controls, and it was agreed by CPC representatives that this is an issue that should be pursued. CRCA will work with CPC to help advance this agenda with DOT. For now, continue to be cautious while riding in Central Park, and elsewhere throughout NYC, when approaching red lights.

Races are permitted events and will not be impacted by red light enforcement.

Though CRCA members, as well as members of the other groups represented tonight, are primarily safe, responsible users of the park, it is a minority of irresponsible riders in Central Park who are creating an atmosphere that calls for action against the cycling community. The NYPD’s top stated priority is safety for all park users. All cycling representatives at the meeting committed to responsible cycling, and it was agreed that the more we can promote responsible behavior by cyclists, the less need there will be for crackdowns.

Last year, CRCA met with TA, NYCC, 5BBC and an NJ bike club to coordinate on bridge safety issues and NJ ticketing. CRCA will be working to reconvene this working group, as well as to recruit other influential’s, such as celebrities or politicians, within the community who may be beneficial to our cause. We welcome any input from members on these issues, particularly if you can help us with high level support, and encourage everyone to voice your thoughts to your representatives, community board, etc.

The CRCA Board of Directors