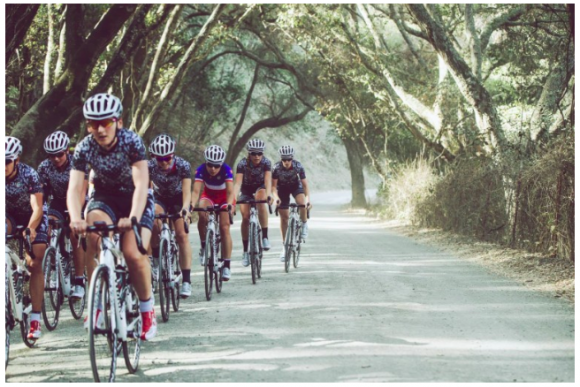 “It takes 1.4 million dollars to run a top global international women’s cycling team properly,” reveals Velocio Sports, the company behind Team Specialized lululemon. “In most cases, this is one fifteenth of what it takes to run a men’s pro-tour team. ”

With women’s recreational cycling growing in popularity, and with recent improvements in publicity and online media coverage of women’s professional and elite racing events, Kristy Scrymgeour, owner and general manager for Team Specialized lululemon, realized the time was ripe for an outside-the-box way to fund the team. 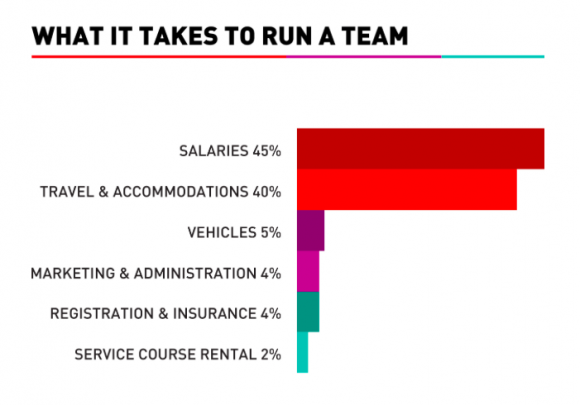 While the team will still receive significant funding from corporate sponsors, Kristy is hoping to capitalize on recent trends in women’s cycling of increased exposure, fan base growth and athlete star power to help ensure that the team continues to thrive for future seasons.  The idea is Project X.

The team is asking you, its fans and individual supporters, to buy in to the future of the team – to “be a part of the team and vote for women’s cycling at the same time.”  Incentives are available at every level of support, including custom kits and facetime with riders.

We recently had a chat with Kristy to ask her how her new venture came about and how we, as a club and as individuals, can do more to help put women’s cycling at the forefront of the sport.

CRCA:  Crowdfunding is a novel idea – a way to get fans of women’s cycling directly involved in its support.  How did the idea come about?

Kristy:  Well crowdfunding has taken off as of late. My partner Andre and I chatted about the idea and I think it works on two levels.  Firstly, we are always looking for ways to connect the dots between women who ride for recreation and cycling as a sport.  If we can get as many people involved in the sport on any level and grow the fan base, we can grow the demand of the sport to be broadcast, we can grow the number of products specifically designed for women, and in the end we are collectively growing all opportunities for women and bikes.  Secondly, I was hoping that we could create some media attention and attract a potential sponsor for the team who may not have known that sponsoring women’s cycling was even an option!

CRCA:  What are ways individuals can help in the effort of supporting women’s bike racing at the professional level, other than joining Project X, of course.

Kristy:  I think there are many ways to support women’s cycling.  The first being to just ride and continue to invite more and more women to try out the sport.  Create women’s group rides, go and watch women’s racing if it comes to your town and be active on social media.  There is a lot of talk around women’s cycling right now and that is good at every level.  If you have contacts who are brand decision makers, plant the seed that women’s cycling is a beneficial sport for a brand to get behind, especially now just as it is about to get big.  Women’s cycling is exciting, the riders have interesting stories, and are eloquently spoken and excellent brand representatives.  Or simply support your local women’s team or get behind one of the pro teams as a fan. 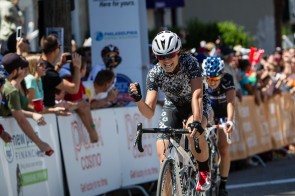 CRCA:  Evelyn Stevens was a member of CRCA, and our club is very proud of this and our role in developing many racers who have made it to the elite ranks.  What can clubs like ours, or amateur teams, do to help get more women involved in cycling and bike racing?

Kristy:  I’m relatively new to NY but from what I’ve seen, CRCA already does a lot with the women’s clinics and a lot of specific races for women.  NY is thriving with a bunch of women’s teams and a lot of opportunity.  I think just continuing that is great.  Having women’s fields is so important. Encouraging women to bring along their friends.  I also like to see a big link between women who want to ride recreationally and those who want to race.  I love the idea of combining fun participation events with racing events, kind of like creating a festival of cycling for women.  In that way both sides of cycling help contribute to the opportunities for each other.  We could probably do more with getting a pro team like our with the club teams in NY and doing a day of riding/racing/clinics.

CRCA:  What do you think are the biggest obstacles to women entering bike racing at the amateur level vs. progressing to the elite/professional level?

Kristy:  Currently I think it’s the sustainability of cycling as a career option.  Choosing to be a cyclist currently means choosing a much much lower salary than what many male cyclists earn in their professional careers or have the potential to earn.  As we build women’s cycling we can only hope this will change and women’s cycling as a sport can be a real long term career option like it is for men.  Outside of NY and some other major cycling hubs, I think the biggest problem is availability of races and perhaps beginning races/rides.  Cycling is a pretty intense sport.  Going from a bunch ride to actually signing up for a race is a big decision.  Once you do it, you’ll never regret it, but making that choice in the first place is a hard one.

CRCA:  What types of perks do you envision for members of Project X throughout the season, other than the indigogo rewards?

Kristy:  As we build the community, we really want to get the club members as involved as possible.  The team comes out to NY each November for a charity ride and party for two charities we work with, Right to Play and Cycle Kids.  We’ll do a team/club member get together to start with, and rides, clinics, spin classes/races, insider news, etc.  We want to invite people to join our strava club to share rides as well.  We’re also open to suggestions of other things we could do. 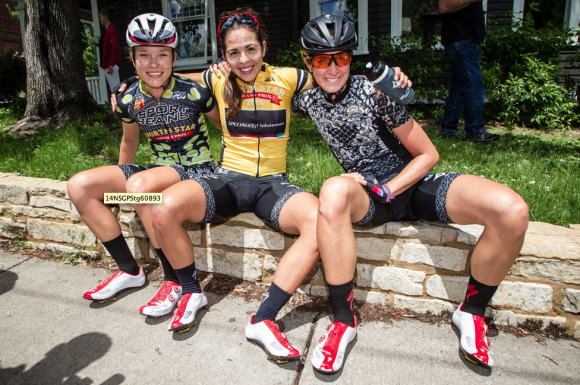 CRCA:  What are the most challenging and most rewarding things about running a professional women’s bike racing team?
Kristy:  The most challenging thing is sponsorship, but that goes for anyone running any kind of team in a sport that relies on sponsorship.  It’s a never-ending job because time goes quickly and you have to be ready to be funded for the future.  Unlike other sports, cycling relies 100% on sponsorship to fund teams as we have no ticket sales, broadcast rights and limited merchandising, but at the same time, sponsor relationships can also be a very rewarding part of it.  Our two current sponsors, Specialized and lululemon definitely injected some great energy and excitement into the team over the past three years so their excitement was actually very motivating for the riders and staff.
Another challenging thing is putting the right team together.  A good team is a team where every member is dedicated to the team above their own personal results.  It’s a fun challenge finding those riders, but also one of my favourite parts of the job.  Working with enthusiastic riders and staff is a special thing. The team becomes family and it’s very rewarding to see that.
One of the most rewarding things is seeing a plan come together in a race where everyone on the team played their part.  This teamwork is the beauty of cycling and such a pleasure to take part in and to watch.
CRCA:  How do you see the future of women’s pro cycling develop over the next 5 years and what factors do you think will contribute most to reach that point?
Kristy:  I would love to see a live televised series of women’s cycling in the next five years.  I would love to see the riders of my team and others become stars of the sport and role models for young girls.  I’d love to see cycling recognised as a leading sport for women in the way women’s tennis and gold have broken through.  It’s a really exciting spectator sport and once there is the opportunity for people to be able to see it more often, this demand will create change.  The good news is there is a lot of work being done to create a structure for the sport whereby this can happen.  Now we just need to be able to attract financial support for that and a sponsor that can see the vision of where women’s cycling will be in a few years.  Right now I believe a sponsor can step in for a very good deal and essentially “own” the sport and be recognized as a brand that creates positivite change and opportunity for women.
CRCA:  Do the current Team members have nicknames for each other?

The Team, courtesy of lululemon

Kristy:  Getting back to you on that but in general here are their nicknames or abbreviations:
Evie is just Evie
Ally Stacher is Stacherchick or just Stalker
Karol Ann is KA
Tayler is Cookie monster
Carmen is Cat lady
Trixi is Pixi
Chantal Blaak is Blaaky
Tiffany is just Tiff
Loren is Loz
Lisa is ??? I’ll find out more!
CRCA:  What is your favorite ride in the NYC area?
Kristy:  Most of my riding of late has just been short coffee rides in Brooklyn.  From my place in Midwood to Prospect Park, 5 or 6 laps and a coffee at Milk Bar on Vanderbilt, then home.   If I ride on the weekends, its up River Road and up in Vermont at a friend’s place in Bennington.

CRCA:  Thank you for taking the time to answer all of our questions and for all that you’re doing for the sport!

Kristy:   I really appreciate you reaching out.  It’s a big help!!!

To find out more about Project X and to become a supporter, please visit the Indigogo site here.