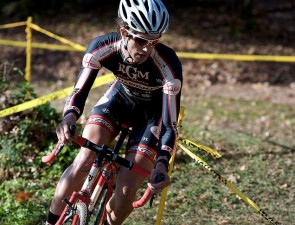 Elite racer and New York Cycle-cross champion, Dan Chabanov, will be offering CRCA coaching sessions on cross-racing from Sept. 5 to Nov. 7th on Randall’s Island. Details to be published soon. Dan offered the following interview to give background on himself and what he has in mind for the session:

What got you into cross-racing?
I can’t recall why I spent six hundred bucks on my first cross bike. It was a steel bianchi with a quill stem and nine speed. All I remember is how much fun I had on that beat up fourth-hand frame. Cross was the most action packed racing I had experienced and it was the first time in my bike racing life that I wanted to race every single weekend. In all honesty cyclocross is what got me in to road racing. Until cross I wasn’t very committed to racing. The fun and the early success of my first cross races motivated me to train harder and race more. But I can’t remember a specific reason. I think it was just one of those things that seemed like a good idea at the time and turned out to be one of the rare ones that indeed was actually a good idea in hindsight as well. 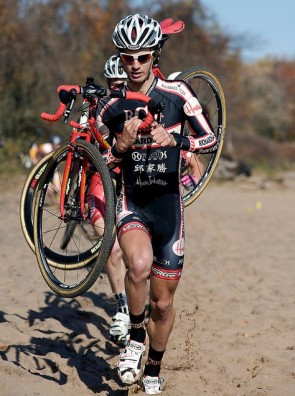 What are some of the achievements in cross-racing you feel best about?

As far as achievements go. It’s hard to single anything out in particular. I feel like i’ve come a long way from racing on a bike that was way too big for me with junk parts too riding in UCI Elite races for the RGM-Watches/Richard Sachs team. Last season I had three top ten finishes in UCI Elite races. I became New York State Cyclocross champion at Staten Cross last season, which was pretty cool. It was really nice to win a race put on by my friends in the city I call home. That was one of the highlights for sure.
What things do you plan to cover in your cross-training session for the CRCA?
The sessions will cover all  the cross specific basics: dismounts and remounts, shouldering your bike, barriers, running with your bike. I’ll also go over cyclocross starts and answer any questions about how the races are run format wise as well as what to expect. Basically I’ll try to cover everything cyclocross-specific. I won’t go in to detail about the actual pedaling your bike hard bit. There are other way more qualified coaches in the CRCA to tell people how to do that.