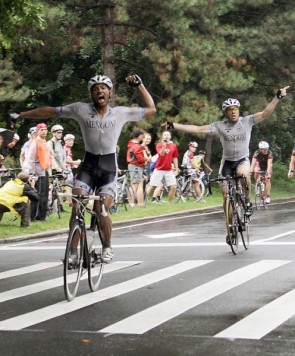 Amaury Perez and Neil Bezdek took one, two in the Mengoni Grand Prix for the GS Mengoni team. Camie Kornely won the women’s race and Jeff Cline the Cat 3 race. The Juniors race was won by Evan Kirk.

The race was run under threatening weather with occasional showers. A heavy downpour before the race left the course slippery. The race was marred by many flats and several crashes.