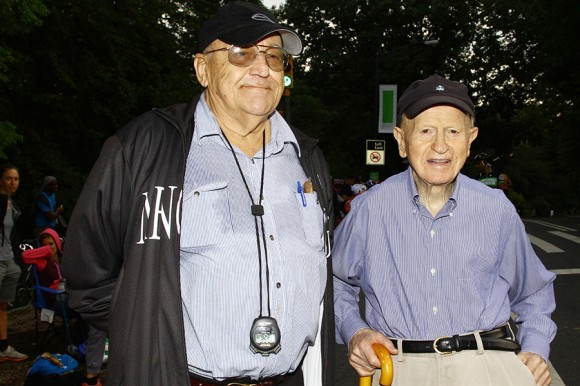 Many of you may know that the Mengoni Grand Prix is CRCA’s longest running open race and is one of the most prestigious bicycle racing events in New York City.  This is our club’s last open race of the season and this year, we are offering a $7,600 prize pool to be distributed among 5 fields (with potential for more based on registration).  Each year, the Mengoni Grand Prix also features highly popular and free kids races in hopes of introducing the sport of bike racing to the next generation of New York City cyclists.

But, how many of you know the story behind the namesake and long time supporter of this great race? 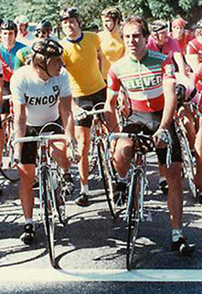 Fred Mengoni emigrated to the United States from Italy in 1957 with very little money, though eventually, he found success in real estate investment.  While Mengoni had raced in Italy in his early years, he did not see a future for himself in the pro ranks and retired his bicycle for nearly two decades before picking it back up again.  His is a very similar story to how many of us got into riding and bike racing: Mengoni sought an outlet to release stress from a demanding job.  So, what better way to do that in this concrete jungle than to ride bikes at the crack of dawn in Central Park!

In the early 80’s Mengoni founded the team, GS Mengoni, which developed into a top level team, boasting riders such as George Hincapie, Steve Bauer, Mike McCarthy, and many others.  GS Mengoni had also been the home for several other successful young riders who went pro, like Adam Myerson and Neil Bezdek, who have been a huge part of developing our regional pro and elite racing scene, and who are currently themselves very active and successful racers.  The GS Mengoni family also includes team mangers, John and Charlie Issendorf, huge supporters of local racing in their own right. 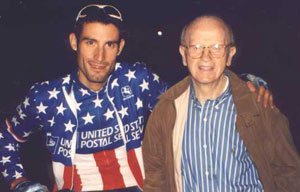 Mengoni also co-founded U.S. Pro Cycling, the first governing body of professional cycling in the United States, before it was merged with the USCF, now under the USA Cycling umbrella.  For his tremendous passion and contributions to the sport, Mengoni was inducted into the Cycling Hall of Fame in 1994.  Read more about the history of Fred Mengoni and his team here.

We couldn’t be more honored and grateful to receive the continuing generous sponsorship of Mr. Mengoni for this year’s Mengoni Grand Prix.  Thank you, Mr. Mengoni, on behalf of the CRCA leadership and its members, for being a cornerstone in NYC’s rich bike racing tradition and for your unwavering support.