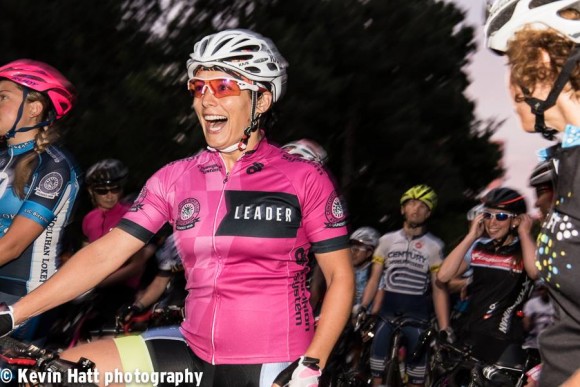 Camie in the Sprint Leader’s Jersey

We recently caught up with Lou Maltese Elite Women’s Race winner, Camie Kornely of Breakaway Courier. Here’s how the race played out from one of NYC’s most talented sprinters. 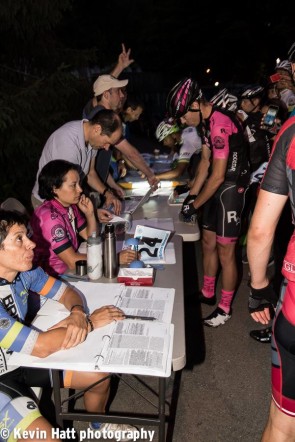 I was a little freaked about getting up at 3:30am! My body doesn’t respond well to things like that (but whose does, right?). I got to the park at 4:30am sharp and met up with my teammates to rock the registration table for the next hour – getting the CRCA Team Duty done! Suddenly, time was short and I ran to the bathroom (no really, I literally ran). I ran back while finishing dressing as they were calling everyone to the line…. and realized our only talk of a strategy was, “Hey, remember that one race?  We should try to do that again.” 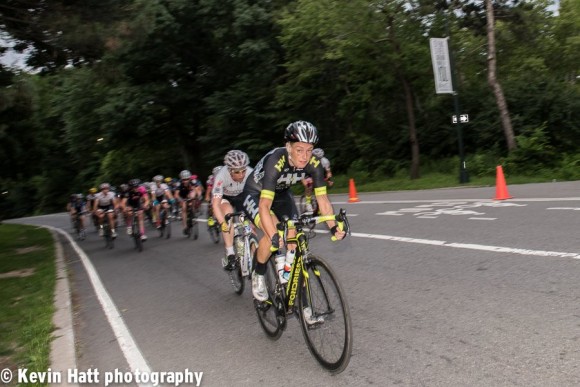 Then the whistle blew and we started fast.  I looked down as I gasped for air to see we were doing 24 mph and we hadn’t even passed the museum yet! Then came the attacks.

Anna Zivarts and Cheryl Clark were really putting out power out front, but every team had someone jumping off the front: Radical, Craft, Rockstar, CityMD…. We were clocking sub 15 minute laps! I was thankful to have my teammate, Jodie Hein, who was all over it.  She’d stay at the front and get on moves. If I started drifting back she’d slip in front of me and bring me back up and she worked so hard to keep us in touch with any potential break. 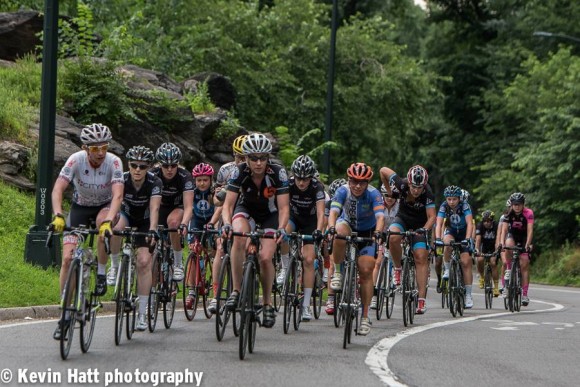 The field charging up Harlem Hill

Going into the last lap we were all together and we were full gas as we passed engineers gate straight through to the finish. My legs were tired and it took a lot to get up the hill the last time with teams drilling it on the front (with an average speed of about 24mph over the 41 miles, this may have been the fastest women’s race I’ve done in Central Park).
As we rolled over the west side lumps at about 27mph I saw Jodie near the front and knew she was waiting for me. I dug in and caught on to her wheel. She pulled me up to the front five as we descended to the flat straight where I moved onto Caryl Gale’s wheel. Just before the chicane we were swarmed on the left and as Anna slid up on my right I got on her wheel. Then, as we cleared that first bend of the chicane where it opens up on the right…I took off.  It was so early, but Caryl had the direct line with Aimee Layton on her wheel so if I was gonna pass that train I had to go!
I picked a lightish gear and spun until my legs burned so much I was surely casting off smoke instead of sweat and managed to cross the line first.
Thanks to all for the cheers and to my Breakaway Courier teammates and sponsors for their amazing support! 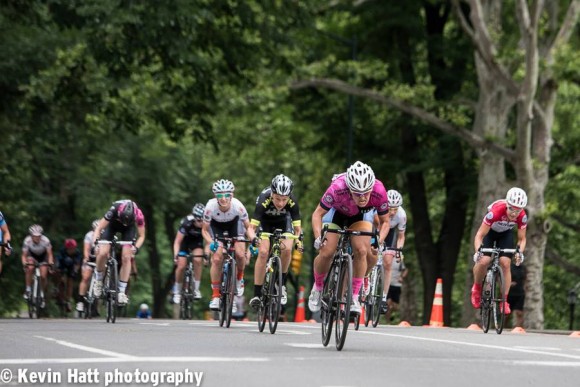 Thanks for the great race report, Camie! Up next, in our Open Racing Calendar is the Mengoni Grand Prix. Register now!
Full race results can be found here.
Full photo gallery below thanks to CRCA member and awesome photographer, Kevin Hatt!