A perfect warm and sunny morning for racing in Central Park saw full fields compete in some fast racing this morning.

In the P/1/2/3 Team Invitational race, the field posted fast lap times as every break was successfully chased down throughout the race.  After Harlem Hill on the final lap, Rafel Meran (CRCA/Foundation) and Jeff Ingraham (CRCA/Jonathan Adler) managed to skip away from the field and hung on together until the finish with Meran taking the honors on the line from Ingraham.  A fast finishing Augusto Sanchez (GS Mengoni USA) took thrid and Adam Alexander (CRCA/Foundation) was fourth. 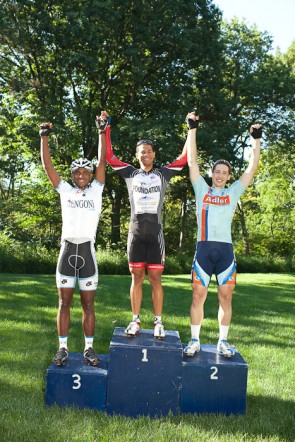 With four in the top 10, CRCA/Foundation accumulated 222 points to take the team win from GS Mengoni USA with 155, CRCA/L-Raphael.com-LeopardCycles.com in third and CRCA/Jonathan Adler Racing in fourth. 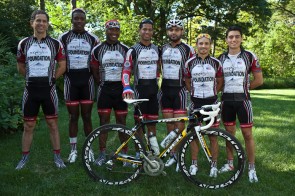 The Men’s 4 race was also a fast race with no breaks able to get away from the field.  A crash on the west side on the final lap split the field up a little and in the final sprint Brad Stratton (Capital Bicycle Racing Club) made sure the drive from Albany was worth while as he pipped a very gracious John Bueanventura (CRCA/Teany Cycling) on the line.  Josh Sakofsky (CRCA/Siggi’s/NY Velcoity was third and Jimmy Andrello (CRCA/Foundation) was fourth.  (It is at this point I will point you to here to read my race prediction….) 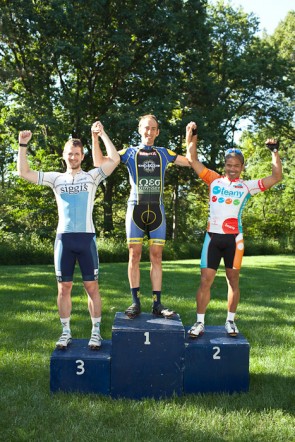 The Women’s 3/4 race saw an impressively large field line up at the start.  Houlihan-Lokey/Sanchez took control of the race from the outset putting riders on the front for most of the race.  Laura Lee Vo (CRCA/Fuoriclasse Racing-Discover Chiropractic) and Anneliese Haines (CRCA/NY Velocity Women’s Racing Team) tried multiple attacks on Harlem Hill but were unable to pull away from the field.  On the final lap Haines took off for a Carousel sprint but was caught on Cat’s Paw Hill as wonder twins Raquell Miller and Kristin Lotito (CRCA/Houlihan-Lokey/Sanchez) took the first and second in a close sprint from Rebecca Schepps (Team Type 1) in third and Danielle Kosecki (CRCA/Ashpalt Green Cycling Team) in fourth.  (Again, my race prediction here was pretty close….) 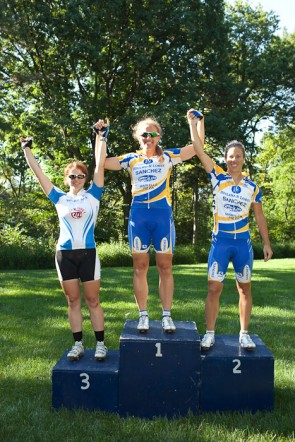 The Men’s 5 race also finished in a final field sprint.  Knowl Johnson (CRCA) was able to hold on from Chris Franks (unattached).  In third place was Maksym Sheptiko (Hudson Furniture Racing Team) and Alex Franks was in fourth. 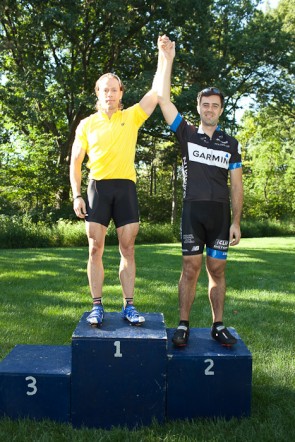 Finishing line video below.  Unfortunately due to operator error, I missed the women’s finish. Apologies to the women.  Full results are posted here.