Near perfect condition brought out a large group of approximately 70 riders for the annual New Year’s Day ride, with riders representing most of the teams (but I didn’t spot any new 2012 kits…)  The group settled in for two gentle laps around Central Park as a warm up and then proceeded into an orderly procession through Harlem and across the George Washington Bridge.

After a comfort stop for many, the rogue New Jersey crew joined up with the ride and with a full compliment of riders, a steady pace was established up front.  Gradually the 2012 egos kicked in and the chatter in the peloton was replaced with increasingly heavy breathing.  Along the way, some were overcome by mechanicals and a few preferred the comfort of a New Year’s Day visit to the Runcible Spoon.

Rockland Lake was the turnaround for those understanding the metric system used by every other country made more sense.  The patriots continued, but the climbs had started to take their toll and increasingly the sound of elastic bands was heard snapping and small gruppetos were forming.

Arriving at Bear Mountain, riders prepared themselves for what the veterans knew was the battle to come.  Refueling completed, the main group set off for the return journey.  The headwind that greeted the riders was subtle – subtle enough that the tail wind that had assisted on the way was unnoticed by most, providing a cruel false sense of new strength (“wow, this is going to be a good year – I feel great!”)  Its an unpleasant experience to be dropped on the first climb back from Bear Mountain, but there could be worse days to be stuck alone on 9W in January.

As the pace continued to quicken, tactics were employed. Attacks were made, and covered.  There were more casualties, but a group of 15 or so ultimately settled into a truce and worked together.  The fun ride turned into an Alley Cat across the GWB and back through Harlem, but still this group stayed together until a final surge by Will Schneider on Fifth Avenue and Steve Magyera brought them in just ahead of the rest of the pack.  Total ride time was about 5 hours and 7 minutes.

For those who went all the way, and even for those who flatted early, it was a perfect day to be out riding together and a great start to 2012.  We wish you all the best and the greatest of success in 2012. 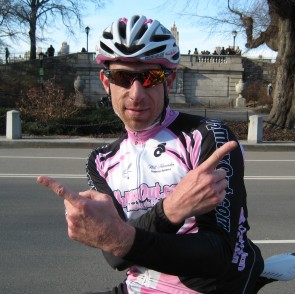 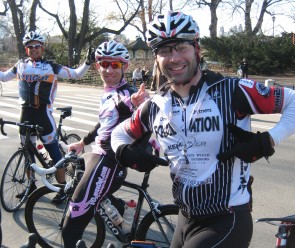 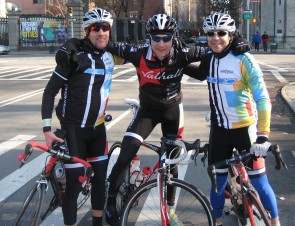 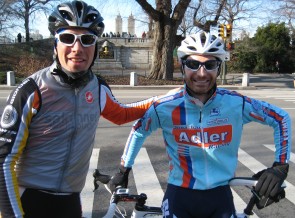