As we approach the midway point in the season and start preparing for the CRCA Lou Maltese Memorial on July 21st, it’s also an opportune moment to reflect on the current standings in the various race series that CRCA presents each season.

Thank you to everyone who has competed in these various series and good luck to the riders that are in contention to win their respective series.

The most prestigious series prize presented by CRCA is the Jim Boyd Cup p/b Sixcycle and Champion System. This prize is awarded to Club’s top male and female racer throughout the 2013 season, including multiple race disciplines (circuit races, crits and time trials).

On the Men’s side the first racer to wear the Jim Boyd Cup p/b Sixcycle and Champion System leaders jersey was Evan Murphy (CRCA/Foundation) who won the opening club race. However shortly thereafter Chris Strumolo (CRCA/Dave Jordan Racing) overtook Evan.  As we approach the midway point in the season Chris continues to wear the pink leaders jersey, enjoying a slight lead over Evan with a number of racers trailing behind with 10 points each.

On the Women’s side BrittLee Bowman (CRCA/Stan’s NoTubes) too the early lead and hasn’t looked back, amassing an impressive 30 points through May 5, giving her a significant cushion on Meredith Uhl (CRCA/Rockstar). There is still a lot of racing to go and it will be interesting to see if anyone can close the gap on BrittLee, or if she will wear the pink leaders jersey from start to finish. 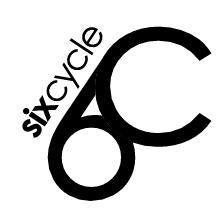 The CRCA Men’s 1/2 Series p/b SID’s Bike Shop is one of several open racing series presented by CRCA.  The Men’s 1/2 series includes six open races spanning the length of the season – starting with the prestigious Grant’s Tomb Criterium and finishing with the Mengoni Gran Prix. With the winner taking home a brand new CAAD10 frame courtesy of SID’s, there is a lot on the line for all of the racers.

Through five of the six races this has been a hard fought series – only a few riders have been able to score more than one, leaving six riders within 3 points of one another, and nearly 20 riders still in contention for the win. As a result its all going to come down to the final race in the series, the Mengoni GP.

The current leader of the series is Michael Margarite (Stan’s NoTubes), who scored 3 points at Grant’s Tomb and just tacked on another 10 points at the FBF Classic.

The Men’s 3 series is targeted at those riders who are excelling in the Cat 3 ranks and preparing to move up to the 1/2 field. Similar to the the Men’s 1/2 Series p/b SID’s Bike this has been a hard fought series and there are at least seven riders still in contention.

The current leader is Blaine Hurty, who has 17 points courtesy of successful breaks in Grant’s Tomb (2nd place) and the CRCA Dave Jordan Central Park Classic (1st place). Just behind him is Karl Nelson (EECT) who scored points at Grant’s Tomb and followed it up with a win at the CRCA FBF Classic.

As part of CRCA’s dedication to women’s racing we are proud to offer the CRCA Women’s 4 Series p/b Rockstar Games / Signature Cycles.  This series includes multiple disciplines including the Alpine TT, the Orchard Beach Crit and several races in Central Park. In addition to a terrific prize pool, the races in this series are focused on giving Cat 4 women both race experience and the opportunity to score upgrade points.

The current leaders in the series are Masha Schneider (CRCA/Westwood) and Alie Giaime (CRCA/Houlihan) with 17 points each. Trailing just behind is Jessica Meany (CRCA/Stan’s NoTubes) who picked up the victory in the Alpine TT and followed it up with a podium in the first Central Park Women’s Cat 4 open race and Julia Simon (CRCA/Houlihan) who has scored points on three occasions, including a win at the CRCA FBF Classic. 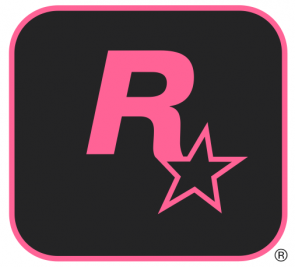