For more than a decade CRCA’s Lou Maltese Memorial Race has been one of the premier races in New York City.  The race memorializes Lou Maltese, one of the giants of New York City Cycling. Lou first joined CRCA in 1923, ultimately holding several National and World Records over incredible racing career that spanned decades.

But Lou Maltese was more than just a racer – alongside Al Toefield and Pete Senia, Lou Maltese created New York City racing as we know it. Lou established the CRCA Central Park Races and played a role in creating both the New York City Spring Series as well as the Harlem Crit.  He was also involved in incredible events that have been lost to the NYC cycling community, such as the Union Square Criterium.

Since 2006 the Lou Maltese Memorial has been headlined by the P/1/2/3 Team Invitational field – a unique format that rewards elite teams that are able to cooperate for overall success rather than individual glory.

The 2014 edition of this significant race will be held on Sunday, June 29th, and will be the biggest edition of the Lou Maltese Memorial in many years with a $5,850 prize pool and a completely sold out Invitational.

Racing starts at 5:45 am in Central Park, at East Drive & approximately 79th Street.

We have started distributing invitations for the 9th Annual CRCA Lou Maltese Team Invitational. Stay tuned to Facebook for announcements as team’s confirm their attendance at this year’s event. Teams – if you have not already done so you may confirm your attendance by emailing openracing[at]crca.net

See Bikereg for the most up to date prize pool information.

The Lou Maltese Memorial takes place in Central Park and utilizes a Cat’s Paw start and finish.  Pictures from the 2011 edition of the race taken by 9W Magazine are below. For more pictures from the race (and other races in the New York City region) click here to visit the 9W Magazine website.

A familiar refrain for generations of restless riders standing on the starting line, typically with the summer sun striking like a hammer on an anvil, was the cry of officials pleading for the Century Road Club Association’s Lou Maltese. “Where’s Lou Maltese? We can’t start this race without Lou Maltese!” (read more) 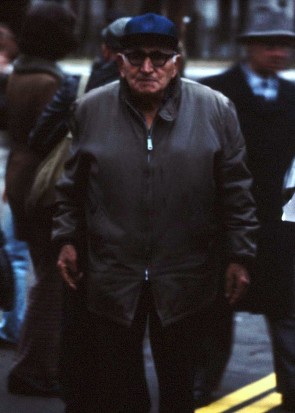