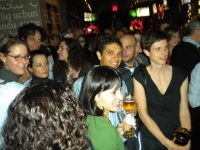 USACycling announced on December 18 that the Century Road Club Association is the 2009 Division I Club of the Year.According to USACycling “clubs were judged on several key areas including race promotion, membership composition, instructional clinics and seminars, club activities, charitable contributions, and racing performance.”

CRCA is proud to accept this award and sees it as a new starting point to further expand its activities. Winning the award is an honor for the club and winning would have been impossible without the efforts of the entire club membership as all of our club activities depend on the active help of the membership.

Among the strongest points in the CRCA application was its women’s program. The Women’s Clinic which is run by the club’s women has been a tremendous success and every year women’s racing in the club has been getting deeper and better. The club will continue to oblige by scheduling a women’s field in all club races. 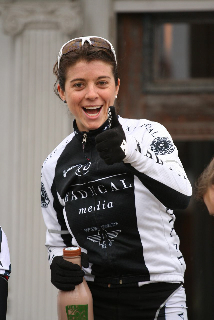 The amazing season of Evie Stevens ending with her great ride in the World Championships helped bring national attention to our Women’s Clinic and racing program. The season ending podium sweep in the 3/4 at Green Mountain showed the depth of the program.

Many other riders turned in outstanding performances at all levels of racing. David Taylor continued to show that he is one of the very best Master’s rider’s and he finished the year as the top Cat 2 in the country. The Empire team showed it was one of the top handful of amateur team’s in the country with excellent results in most of the major NRC races.

The club is also appreciative of the charitable efforts of the Foundation team on behalf of the CRCA.

The contributions for the Central Park Conservancy’s emergency Storm Fund are also greatly appreciated including the large contribution from the Blue Ribbon team.

Going into 2010, the club has new opportunities to work with the CPC on bike safety programs and most interestingly on a summer youth training program. This is a unique opportunity to get a lot of kids riding road bikes. The success of the program depends on the help of members. More info will be posted when available.

Growing the base of kids cycling in the city can only expand the efforts of the CRCA Jr. Development program. 2009 was a successful seaso 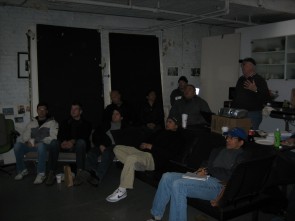 n with Ben Salibra moving up to Cat 2 and winning State Championships. Ben and a larger number of kids from the city return for 2010. 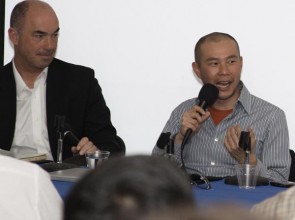 In this moment of happiness and looking forward, I want to take a moment to remember Perry Lee. Perry served as a moto in all of our races this year and tragically died of a heart attack while bicycle riding shortly after the season. 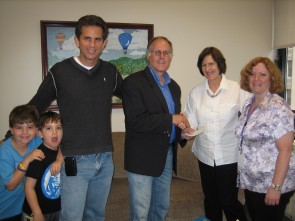