Siggi’s NYVelocity, Asphalt Green, Dave Jordan Racing, Echelon Montecci, Organic Athlete, and ISF Global Textile Solutions/Indigo. These are some of the CRCA teams that welcome new racers. Of course, the CRCA offers lots of resources for new racers whether or not they are part of a team, including free coaching sessions (see this article for info on Spring skills clinics). There is no requirement to join a sub-team to be part of CRCA. But CRCA sub-teams can offer extra chances to practice team tactics, organize training rides, share transportation to out-of-town races, and make connections as a new member of the club. Some even offer different levels of coaching services and other benefits, such as discounts on bike maintenance or equipment from team sponsors. How to find one? This article discusses some of the possibilities and aims to demystify the entry-level sub-team culture.

One of the best known and well established options is 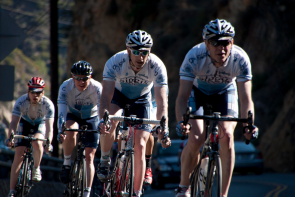 what is now the Siggi’s NYVelocity team. According to team leader, Alex Ostoy, they are looking for “dedicated riders with the potential to improve and contribute to the team. Because we develop new racers, a rider’s present level of fitness is not the only deciding factor.” New members are only invited after they have completed a series of try out rides as a stagiaire (cycling slag for a apprentice or guest rider on a team) with the team. If they are invited and accepted, they begin a two year program of testing, coaching, diet guidance, team rides, etc. For more information on the Siggi’s NYVelocity program (its features, team sponsors, and expenses), interested men and women should visit the team web-site and/or email: info[at]siggisracing.com. 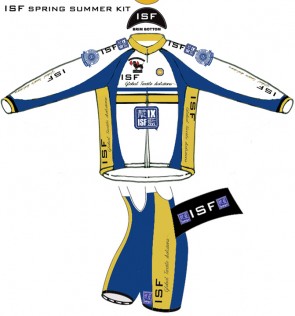 looking for a sub-team. Where Siggi’s NYVelocity is a good example of a full-service sub-team (others are described below), some other CRCA Sub-teams are less oriented around a structured program. For example, Todd Potter, leader of the ISF Global Textile Solutions/Indigo team, is an NYC Cat. 5 racer himself (cat. 3 in cross). He found a sponsor, Mark Ix, who had raced some in the park in the 90’s but now lives in Southern Pines, NC and owns a company, ISF Global Textile Solutions/Indigo. Mark agreed to sponsor a CRCA Sub-team. The main New York member of that team is Todd himself right now. Nevertheless, Todd welcomes other new racers in the CRCA men’s C field who want to “have fun, learn race tactics, and gain experience.” The main expense he anticipates for new members is a bit over $100 for a Verge kit (including cap, jersey and bibs). Todd’s team is an example of how forming a CRCA Sub-team is not as complicated as many might think. Those interested in joining Todd in the CRCA C field (and possibly some Fall cross racing), should email him at isfglobaltextiles[at]gmail.com.

Some other teams come closer to Siggi’s NYVelocity in combining a selection of coaching services with team organization. The Dave Jordan Coaching team has a broad range of racers, from beginner racers to Cat. 1 racers going to the nationals. Members benefit from an array of regular weekday and weekend group rides (most led by Dave Jordan himself, others by experienced, elite team members with coaching credentials) along with an array of discounts from team sponsors (e.g. Leopard Cycles, Hermes-Sport Wheels, Ciel Bike Shop, and Bike Doctor NYC). A fitting and power test are highly recommended. It’s a package deal. There is an initial annual membership fee and clothing purchase to get started. More information on what is involved and included can be obtained by contacting Dave Jordan directly (email: djcoaching[at]gmail.com).

Similarly, the Asphalt Green team is looking for 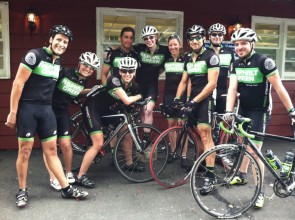 “riders to be able to train with the team (some mornings, some evenings), race frequently, and be generally kind and happy people” according to Paul Weiss, team director. Similar to the Dave Jordan team, there is an upfront membership fee. In this case, the Asphalt Green fee covers clothing, workouts (5 organized workouts a week), an online training log and coaching. Cat. 3 riders get a discount. Those interested in the men’s team can contact Team Captain Jonathan Giahn (jonathan.giahn[at]gmail.com), and those interested in the women’s team can write team captain Sara Herman (saraherman[at]gmail.com).

There are still other teams that offer the benefits of CRCA sub-team membership without a link to coaching services. The author of this article (David Carr) started in CRCA with the Organic Athlete team, and found it to be a great entry into the CRCA. Team members did CRCA clinics together as beginning racers in addition to doing team rides, racing together in the park, and sharing rides to out-of-town races. Director sportif Jack Baranski, says “Of course, we’d love new men and women racers to talk to us about joining our team. They can contact us at info[at]teamorganicnyc.org.”

Another major new addition to the CRCA is the Echelon Montecci team. According to Pablo Castro, they are looking for “responsible riders that will do their marshaling duties, and represent the bike shop with good healthy safe racing!” In addition to being able to join other team members in regular team rides in the park and team racing, members get a free uniform, equipment discounts and bike maintenance (at the team sponsor shop, Echelon). Formal coaching is not involved, but some team members are experienced racers and can offer help to beginning racers in joining the NYC racing scene. Anyone interested in joining Echelon Montecci should contact Pablo Castro at pdcastro[at]nyc.rr.com or Gustavo (“Henry”) Francisco at gustavo[at]montecci.com.

that welcome new racers, but it indicates that there are multiple options. If you have some friends you want to race with, some of these teams would consider having you join as a group. Or you can even follow Todd Potter’s example and form your own team. And along with all this, there is always the option of racing as a True CRCA racer. There are many, many people in all fields of the CRCA who have joined the CRCA without joining a sub-team. Many stay that way.