Axis Presents “Seven In One Blow” 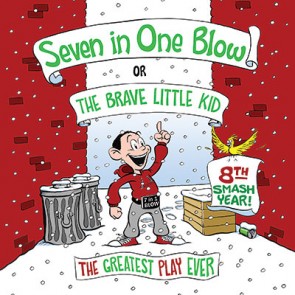 If you did not know, the CRCA/Axis team is sponsored by the Axis Theatre Company. I highly recommend the Axis Theatre’s current production of “Seven in One Blow or The Brave Little Kid.”
The play, written by Randy Sharp, is over the top hilarious and great viewing for adults and children of all ages. Because of its audience participation, the Company proclaims it to be “The Greatest Play Ever.” You get to scream,yell and sing on top of watching some really good hilarious acting.

Randy, who is also the director of the theatre, is a CRCA member and has been a gracious supporter of the Nancy Morgenstern Memorial race.

The play runs through the weekend of December 19-20. For more info and tickets .

December 13, 2009
East Drive Open to Cars for HolidaysRide in the New Year
Sponsors