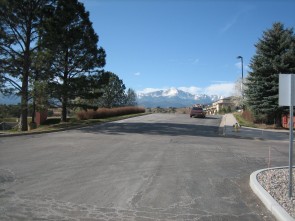 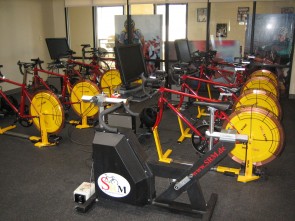 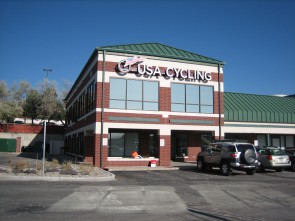 I got to go to the annual Local Association meeting in Colorado Springs from Nov 7-8. The meeting facilitates representatives of the LA’s to hear from the USACycling leadership and to exchange ideas among themselves.

New York formed its local association in 2007 and was one of the last states to come around. Dieter Drake is the president of the New York State Bicycle Racing Association (NYSBRA). I was appointed secretary after Alan Atwood resigned. Eric Ragot of Kissena is the New York City representative and is currently responsible for upgrading riders in the area. Todd Scheske of Rochester also attended the meeting.

Local associations process rider upgrade and permit requests and assign officials. The New York association has a process to work out a race schedule and most associations have some sort of Best All-Around Rider Competition or BAR.

Each local association receives $10 for every licensed rider in their state. This money can be distributed by the LA as it sees fit to develop the sport. The New York LA has decided to focus on developing junior and women’s cycling.

Steve Johnson, USACycling’s CEO kicked off this year’s meeting. The key goal he stated is to “achieve sustained success in international cycling and to grow the sport in America.” To do this he continued , “we must transform the organization from an amateur sports organization into a professional business.”

The organization must have a clear corporate image. “We are USACycling”, affirmed Johnson. “Athletic excellence is critical at the highest levels.”

He emphasized the USACycling is also an efficient business operation with only 46 employees and 89% of the money goes for member services.

Much of the focus of USACycling has been on developing programs to get the USA winning medals in international competition. “The programs must be designed for the long haul not for the Olympic cycle and we must stick to the plan.” The plan is to utilize strapped resources to immerse athletes at the highest level of competition which for road cycling is in Europe.
Initially promising athletes are given an opportunity to race in Europ but they must pay their own way. Increasing levels of success are increasingly rewarded with medal winners getting $25,000.

Locally, we have seen how having a lot of races and making entry easy through clinics like the CRCA Women’s Clinic made it possible for a talent like Evie Stevens to find her way into the sport.

Johnson declared the efforts of USACycling to develop elite international athletes a success. He said, “we have emerged as one of the top cycling countries in the world.”

While the established program continues , USACycling will begin to focus on recruiting more Masters athletes into the sport and to improve the “experience” of the membership.
“This can be a scary sport and we must lower the barriers to entry,” declared Johnson.

Media Director, Andrea Smith’s presentation tied into this. Ads have been placed in sports Illustrated and run on Universal Sports challenging cyclists to take up the “racing challenge” to experience the sport at its fullest. Andrea is working hard to get the most out of media coverage with a very limited budget. The impact of limited coverage is multiplied by compiling all race coverage from news media across the country on the USACycling website. Greater use of social media such as Facebook is planned.

Discussions were held about getting more juniors and women into the sport. I mentioned the success we have had with the Women’s Clinic. Others concurred that the most successful programs to recruit women were run by women racers as is done in CRCA.

To further grow the sport, Johnson said a major goal is to get the sport into schools. He mentioned the successful and growing high school mountain biking leagues in California. While the leagues were originally affiliated with USACycling they are now independent. Johnson was not concerned about control, the key thing he said “is getting kids into the sport to create a pipeline.” According to Johnson it will take 15-20 years for these programs to plant firm roots.

In New York City, the NYCMTB organization has created MTB courses in Manhattan , Queens and Staten Island. I met with the NYCMTB head, Jamie Bogner several weeks ago and CRCA plans to work with NYCMTB to help get a high school MTB league started. This can be a real game changer in getting kids involved in the sport.

While starting with mountain biking the California program showed that there is a direct impact on getting kids into road cycling. Lucas Euser and another Garmin teammate got started in the Northern California MTB league.

Presentations on rules changes for 2010 and insurance coverage followed. Uniform policies governing racing and the provision of insurance are the main day to day activities connecting the local people putting on races and USACycling.

CFO Todd Sowl gave an overview of the insurance policies. In a litigious society like ours, racing could not occur without insurance. Sowl emphasized that “the insurance is comprehensive it protects everyone from everyone.“ For example riders are protected if sued by other riders. USACycling policies provide liability coverage and secondary medical coverage.

Technical Director Shawn Farrell reviewed the rules changes for 2010 and spoke about new and improved educational programs for officials. Programs will now include “customer service” as a required subjet.

In NRC team races only one team can be entered from a single club or team. This rule was aimed at a situation in early season races in California where a team like Rock Racing would enter a pro team and an amateur team and end up with 15 -20 riders in the race.

Different local associations commented on their policies to recruit and retain officials. Many reimburse officials costs for licenses and equipment based on the number of races officiated.

Cycling is a hard sport to officiate. Locally much activity among riders in a race is self policed. This has led to heated exchanges and while never justified a stronger officiating presence can alleviate some “issues.,” but this can be expensive and is hard to implement.

Time was given to two chip timing companies, MyLaps, formerly AMB, and Times-7 from New Zealand. I spoke with people from New England and New Jersey. While they agreed that a common system in the region we will make the most sense at this time everyone was happy with their timing services and no investement in chip technology is foreseen for this season.