Tour of the Catskills

Juniors
In what many would say is the toughest stage of the race, Sam Morkal-Williams from the CRCA Junior Development team went on a brave solo effort after the first 8 miles and stayed away to take the win by about a minute.  That was also enough to get him the King of the Mountains Jersey and move him up to 5th in GC.  Congratulations Sam and to Ken Harris who has been coaching Sam on his impressive performance. 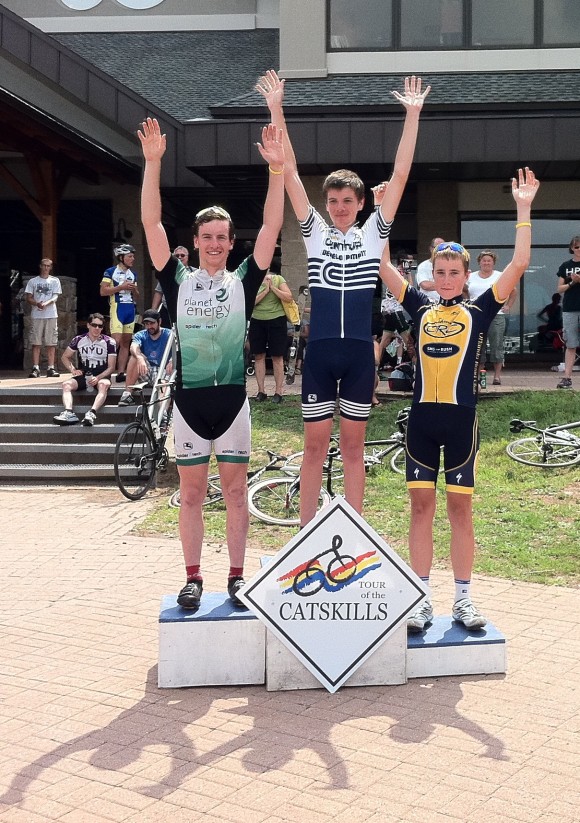 Men’s P/1/2
Mike Margarite (Stan’s No Tubes/AXA) got away in the break of the day getting as much as 8 minutes on the yellow jersey.  Ending up in a group of 3, Mike finished 2nd on the stage and moved into 2nd in overall GC and captured 2nd place in the King of the Mountains competition.

Richard Scudney also took the King of the Mountain’s competition. 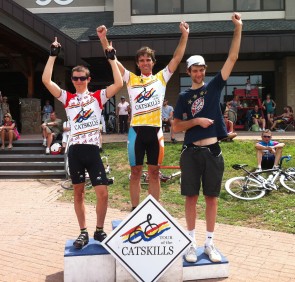 Also placing on the stage was Jesse Walker (Setanta) in 5th, Harry Zernike (Teany Cycling) in 7th and Brian Sullivan (Setanta) in 8th.

Stage 2 of the Tour of the Catskills included the infamous Devil’s Kitchen climb with inclines of up to 22% that results in large time gaps in every field.  Congratulations to CRCA members with top 10 finishers :