Rising From Ashes – A Cycling Documentary 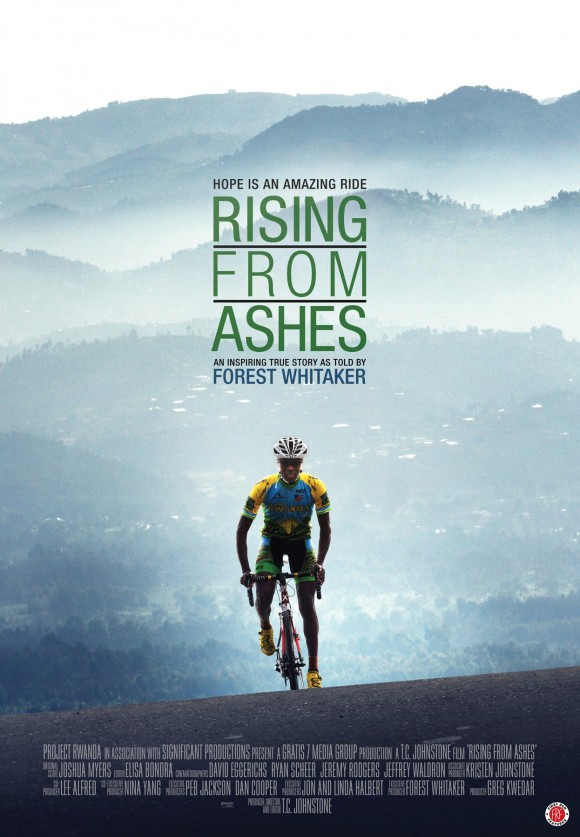 A longtime CRCA member, through his company First Run Features, is releasing a documentary film titled, “Rising From Ashes” in New York City on Friday, August 2, 2013.  The film follows Jock Boyer as he helps the first Rwandan National Cycling Team to make it to the Olympic Games in London.

“In Rwanda, ‘The Land of a Thousand Hills’, the bicycle is essential to life. It is how you move. It is how you work. And during the Genocide, it is how you survived. Stand on any corner of any village throughout the country, and farmers will scream down hillsides barefoot on 25 year old bikes loaded with 100 pounds of potatoes, taxi drivers peddle diligently with a mother and daughter in tow, and a child amuses himself for hours guiding a bent wheel down alleyways. It seems natural that bike racing has a rich history in Rwanda. For decades the country has participated in the sport, hosting local races for bragging rights, riding barefoot, many times without brakes or gears. During 100 days in 1994, as Rwandans were systematically murdered, thousands escaped certain death on their bikes. When the dust settled and the perpetrators were subdued, the country mourned the death of nearly one million of their countrymen. Amidst the heartache and trauma, a committed group of young cyclists began importing racing bikes into the country with the hopes of resurrecting the sport. In 2005, legendary bike builder Tom Ritchey explored the country on his bike, and upon meeting a group of cyclists who called themselves Team Rwanda, left with the vision there was potential for a National Team, and a question. What if they could make it to the Olympics?”

“Executive produced and narrated by Forest Whitaker, this stunningly shot film follows Jock (the first American to compete in the Tour de France) and his Rwandan riders as they slowly but steadily learn what it means to be a professional cyclist – how to train, how to compete, how to live the life of a top level athlete. As they get better and better, the riders of Team Rwanda give their countrymen a vision of something greater then themselves and their history: hope for a future.”

For more details about the film and to view a trailer, please visit First Run Features. 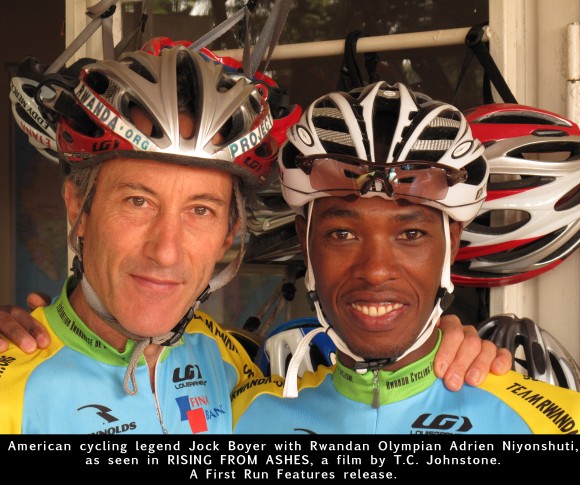