Now that Spring is officially here, winter weather arrived in Central Park.   Only the strongest, bravest or most hard core riders rolled up to the start line this morning.  Although the rain was not much more than a drizzle, temperatures in the high 30s made for pretty miserable conditions.  But racing is fun.

The A field race (I think I can say without accusations of bias) was dominated by Foundation.  On the second lap, a break of three riders from Foundation (Bremer, Chabanov and Guzman) along with Ben Noble fron CycleLifeUSA GF Capital, formed and were never caught.  Noble was resilient in his efforts to take the sprint each time around, but with the numbers clearly not in his favor, he was only able to take one third place intermediate sprint and then a second place in the final sprint.    A valiant effort, but as the Foundation riders shared the points around it was ultimately Alejandro Guzman who took the win (27 points) from Alex Bremer (22 points) and Chabanov (14 points).  Noble finished with 8 points, just ahead of Zach Koop (Blue Robbon – Translations) with 7 points.

The Women’s field dominated again by Houlihan-Lokey and Innervation Fitness.  Today Houlihan-Lokey had the upper hand, assisted by the return of Raquel Miller from her altitude training in Colorado over the winter who took all but one of the sprints to finish with 29 points, ahead of teammate Kristin Lotito (14 points).  BritLee Bowman and Anneliese Haines of Innervation Fitness finished 3rd and 4th respectively with 12 points each.

Solo effort of the day belongs to Jesse Walker of Setanta who broke away from the B field on the first lap and was never seen again – picking up the maximum points of 33 (and a couple of A field riders along the way as well…).  Mark Petimezas (Foundation) dangled between Walker and the chasing field for the first 3 laps, ultimately hanging on to second place with 13 points from Siggi’s Swedish sprint specialist Stefan Singer whose spirited sprint scored second on the final lap to finish with 12 points overall.  Simply swell.

Another tough day for new racers in the C field (our biggest field of the day). JD Gauthier (Bicycle Planet Racing) took the win from Bruce FecheyrLippens (Siggi’s/NYVelocity) and James Schibuk (Asphalt Green Cycling) after the three spent most of the race off the front. 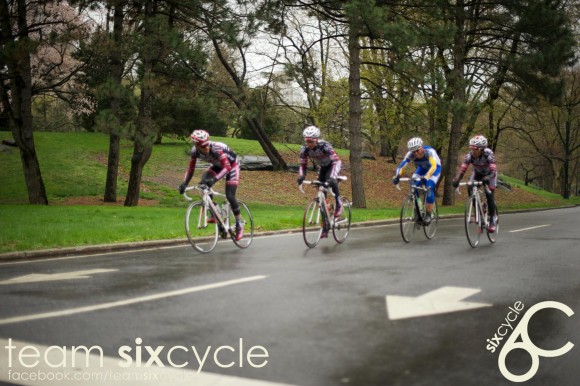 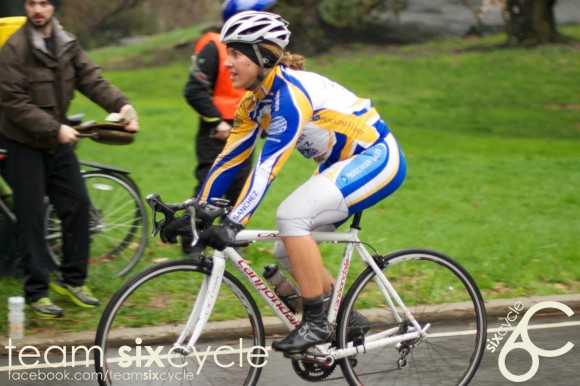 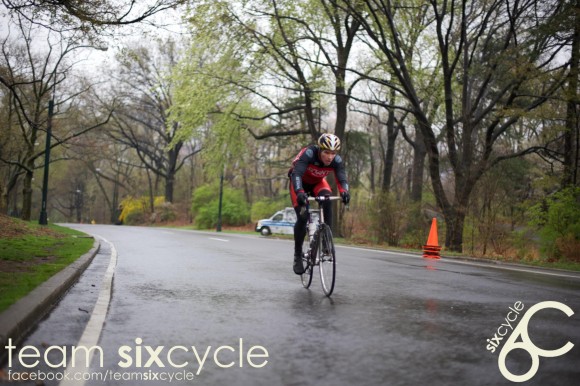 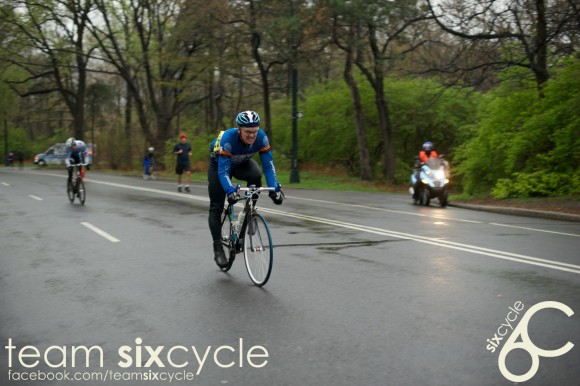 Results and Other Important Links

Pictures are available at www.facebook.com/teamsixcycle