CRCA held its first women’s race clinic of the year on Saturday, April 23. Intended as an introduction to racing for both new and experienced cyclists, the clinic offered two laps of guided racing around Central Park. Experienced racers chaperoned the participants, offering instruction and feedback as the race went on. Our new women racers put on an exhilarating race, effectively employing the tactical fundamentals of bike racing. 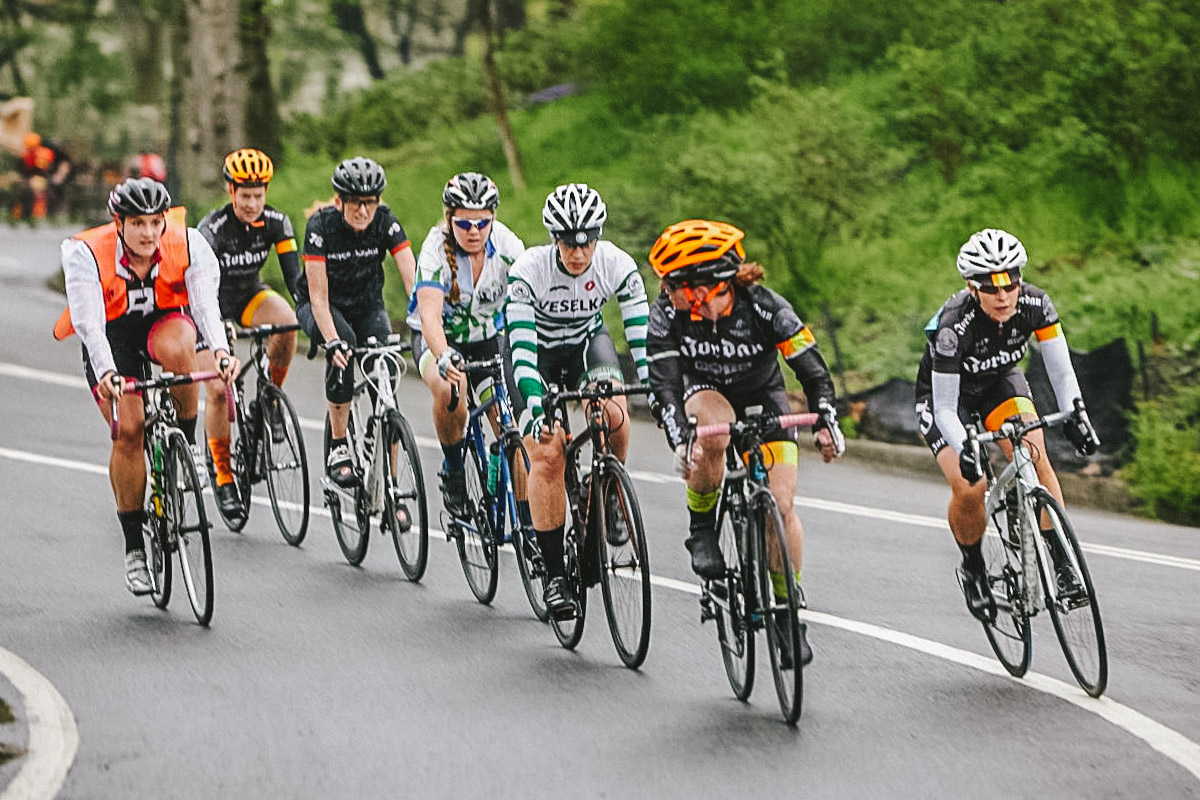 The initial weather forecast for the clinic was a bit grim, with a 60% chance of rain predicted from Friday afternoon through to Saturday morning. The absence of rain on Friday gave us optimism, however, that the race would be dry.

That changed around 2:00AM on Saturday, when pouring rain could be heard rattling on the AC units that hang out of the City’s apartment windows. Clinic riders did not let the wet roads deter them, though, with 25 making it to the start at Cat’s Paw Hill. Spirits were high. By 5:15AM, the rain had slowed to a light drizzle, and the temperature was a comfortable 60-degrees. The race would be wet, but not miserable.

Coach Tara Parsons gave a pre-race pep and safety talk. The riders then began to take their place on the start line, where the race director repeated important race directions, such as staying out of the recreation lane. 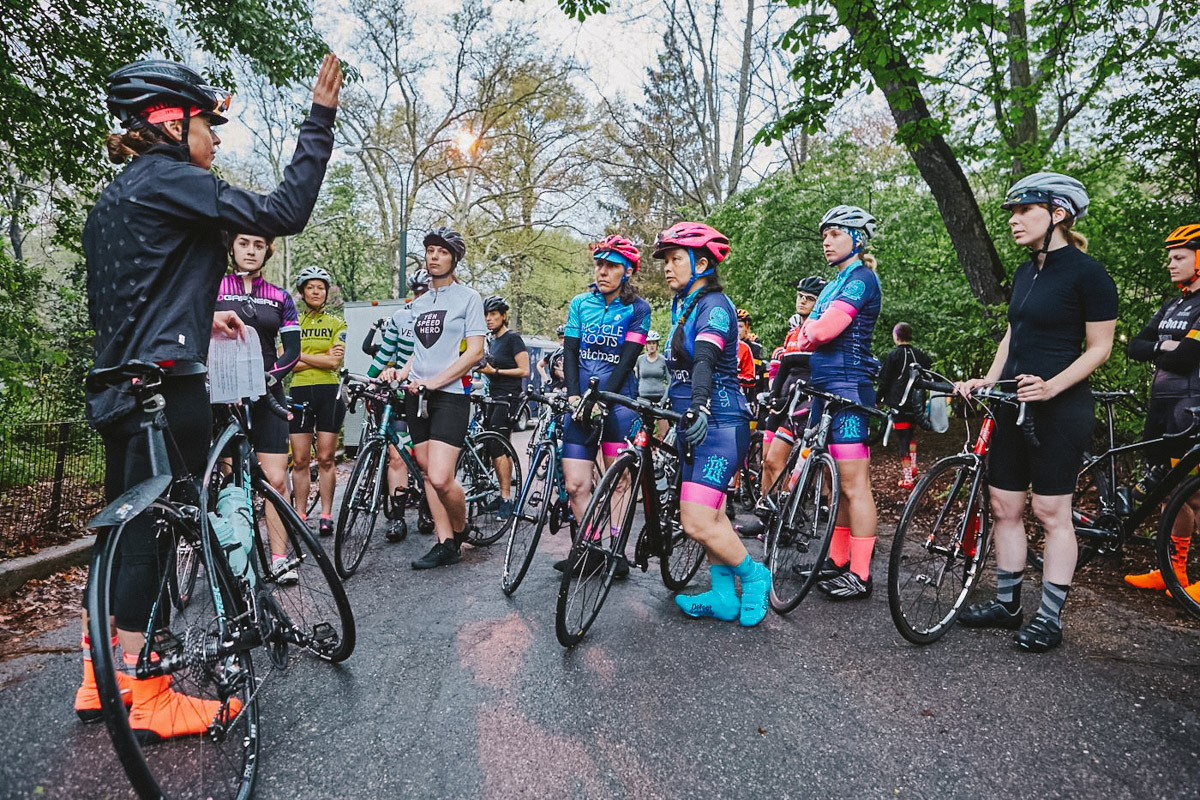 At 6:00AM the whistle blew and the riders were off, fast. The race was supposed to stay neutral until the top of Harlem Hill. The lead moto, it seems, was not aware of this, so the peloton cruised between 20 to 25 mph from the start.

While it wasn’t exactly a neutral start, no one attacked, and the field stayed together until the road turned up on Harlem Hill. By that point, nervous jitters had subsided, and the race was truly on.

The field split on Harlem Hill, with about 15 riders making the front group. The pace stayed fast through the rollers on the west side. Lisa Hom launched the first attack, followed quickly by Lesley McTague. Riders continued to move safely and smoothly in the field. This group knew how to race their bikes! 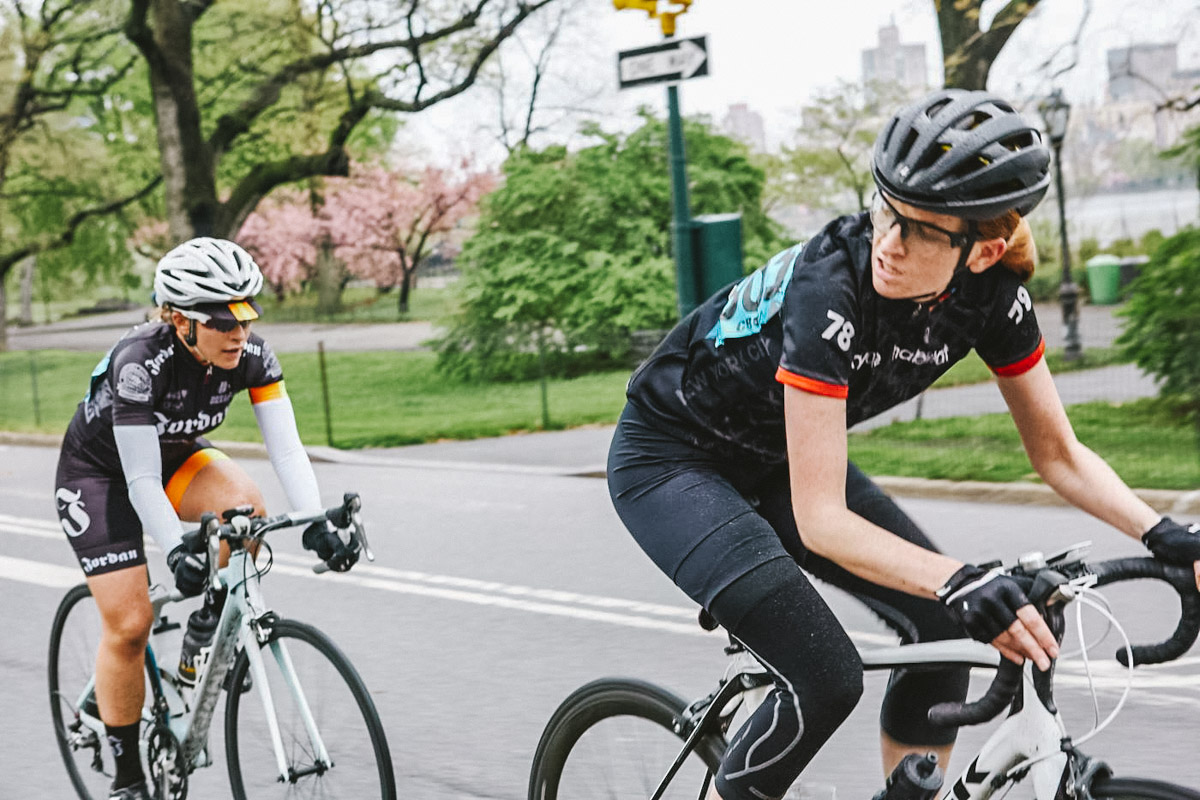 Another attack was launched by Alicia Stansbury the first time up Cat’s Paw Hill. This split the front group of riders. By Engineer’s Gate (East 90th Street), a breakaway formed with Shara Arnofsky, Emma Sherer, Sarah Sjöman, Bryna Cofrin-Shaw, Chesley Andrews, and Blythe Austin. They worked together for the remainder of the lap, stayed away from chasers, and finished in the order noted.

For half a lap, Lesley McTague chased the leaders on her own. She was eventually joined by Lisa Hom and JoAnn Cruz Ryder. They worked together to chase, demonstrating the importance of knowing when to cooperate with other riders. Despite a strong chase, they were not able to bridge the field, but dug deep and sprinted at the finish.

Behind them, Elena Stojanova worked solo and took the last top ten placing. Riders not in the top ten learned how to form groups, work together, and stay focused, making their own race count. 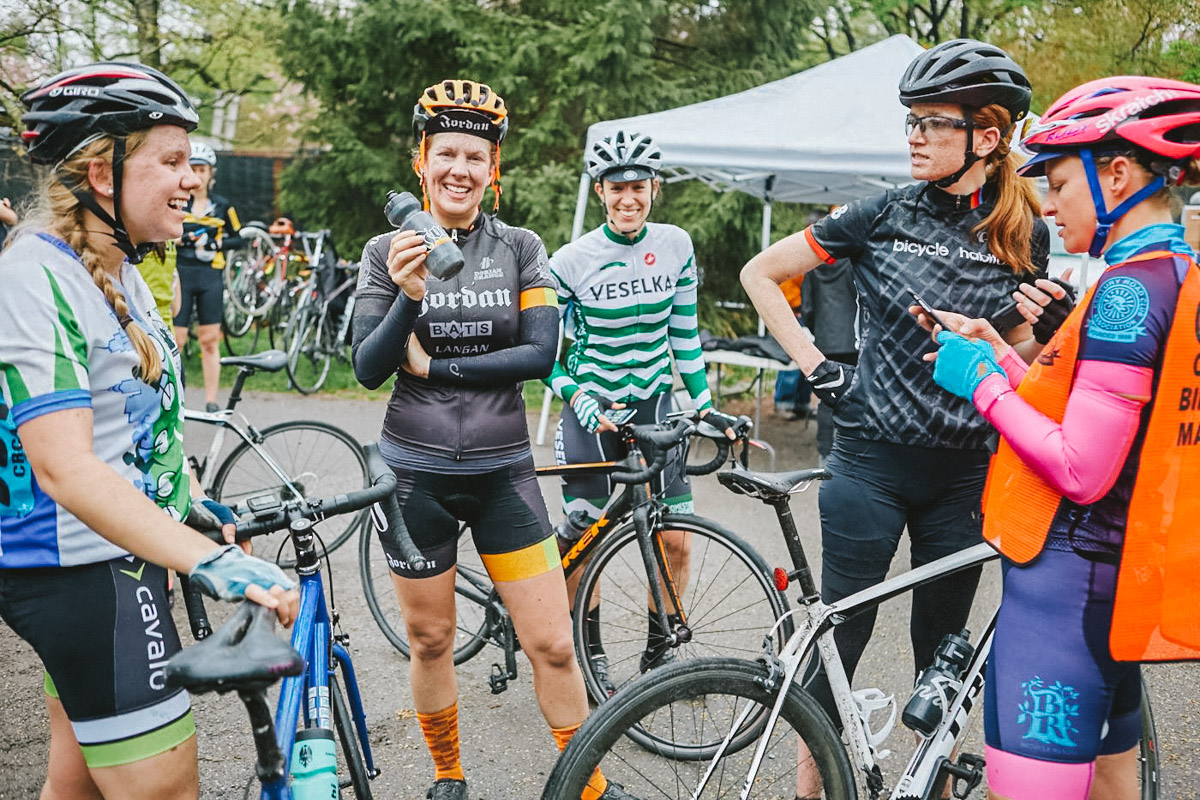 It was great to see all the smiles coming across the finish line. All racers did fantastic, and hopefully got a glimpse of what coach Tara stated at the beginning of the race clinic: “Bike racing is the most glorious and comprehensive of the endurance sports. It is not only a measure of strength and fitness, but also a measure of tactics and strategy.”

Results for the clinic are available here: https://www.usacycling.org/results/index.php?permit=2016-1058.

Congratulations to all our new racers! We hope to see you all at our races. Our next race clinic is set to happen in June. 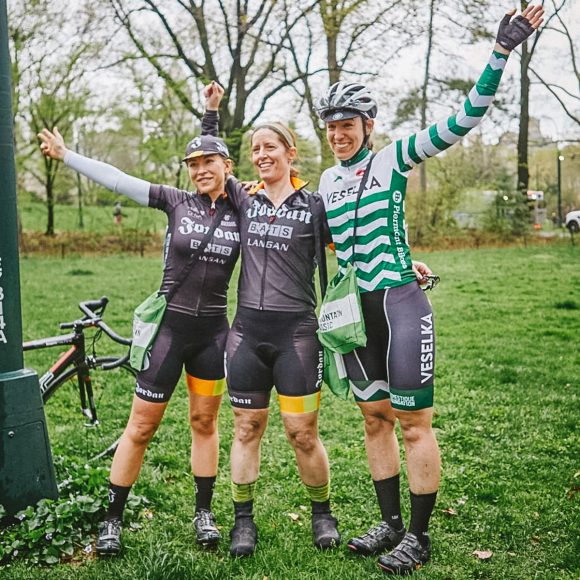