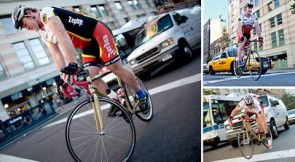 Dave Jordan has been racing and coaching for nearly 25 years. His resume is stacked with some impressive accomplishments.  He races as a category 1 racer with seasons in Europe (Belgium and France). He also represented the US National Team in Latin America.  He is a 3-time medalist at US masters, 8-time New York State Champion, and Empire State Games 100km TTT Champion.   Dave runs his own full time coaching business and runs one of the newer CRCA subteams, L.Raphael – Leopard Cycles p/b Dave Jordan Coaching. Below is a Q&A to learn more about our club president and one of our local racer/coaches.

Tell us about your background. When did you start racing?

I started racing BMX in the late 70’s, at Newbridge Road State Park, Bellmore, LI, and for most of mid-80’s at Braddock Park, NJ. Then in 1987, I got a road bike…I competed in a few “biathlons” over the spring and summer, then started road racing that fall.

I would bookend my seasons (with a few wins in criteriums and circuit races) as a college student, nothing too serious, until I had the opportunity to train and race in Belgium in spring of 1989. Everything was a bit haphazard, and when I returned to finish up my studies I decided I wanted to give a better effort, try to upgrade from cat3 at that point and “see what happens”. My first “win” in the cat1,2,3s was the Overall of the Spring Series of 1990, by being consistently top 10 every race, in breakaways and sprints. I was with the CRCA, before “Sub-Teams”, we had a small group: Ray Diaz, Ed Leonard, Pete Schultz, Mark Roland, and a few others.

What are your fondest racing memories?

Racing in Belgium in 1989, without a clue, starting in Fayt-le-Franc, a Belgian semi-classic the same week as “Het Volk”, then back in 1991 in the Champagne region of France, nose to the grind stone, some “NCL Pro” 93-95 races with one year team mates included: Thurlow Rogers, Chris Horner, Shaun Wallace, Stephen Pate, Simon Cope, Glenn Mitchell,. We had teams in most big cities and raced “Team Criterium Points” races on the brand new ESPN2 Channel (pre X-Games)…other than that, the usual Northeast Road Race schedule and T-town on Tuesday nights were great!

As president of the club this year, what improvements are you looking to make?

I want to have a better sense of community within the club, have a much higher level of racing that the Club itself supports, instead of simply a “marshal co-op” or a diluted effort in combining our talents. I want each team to “adopt” a junior, and then have them race each other at the club level but band together for Nationals, as well give Women and Elites more collective effort to get to race at a higher level. I also want a more effective dialogue with the “powers that be” to have safer events and a place to train. It takes effort from within for those powers to even consider what we do relevant, so anyone in this club (Board of Directors to every single members) becomes an effective ambassador whenever interacting with other users of Central Park in particular.

How healthy is junior participation now? What could be done to improve it?

Ken Harris is doing a fantastic job, but we need to incorporate even more coaching and recruiting like Bill Montgomery, and others. I think a “Junior” clinic is overdue, and perhaps reach out to shops that are already involved in the club as sponsors, help when they sell a bike to a family or junior, that we exist and have programs for them. 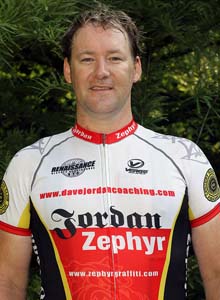 What is your favorite training ride in NY?

My favorite ride involves River Road for sure, all the climbs in Piermont/Nyack area, Harriman with Gate Hill Road/Perkins Drive. When I lived in Riverdale my best one day route involved going up the 9A side through all the towns along the eastside of the Hudson, up to Newburgh where there are some bigger climbs and the coming back down through Harriman, and the westside of the Hudson, mostly 9W. I remember the best shape of my life doing 140 miles, 6.5 hrs late in the season, but no place to use it…reminds me of what the “Gentlemen’s” rides or Grand Fondo’s are like…like my trip to Flanders coming up this April!

I had some good races through the years for the last of the original Toga Team, Remax of PA, Casati, Sony, Remax of NY, Think Racing in one form or another, and now my own sub-team.

What kind of training are doing during the winter?

I use a variety of training in the winter with road rides on all types of terrain, mixed with XC running, CX, weights, but no where as seriously or the intensity when I really trained for myself in the 90’s, or alongside Mike McCarthy. I am working on bringing some of that back as Masters Track Nationals will be at T-town this year!!!

What are the biggest mistakes amateurs make in their approach to racing and training?

Too much of non-specific training, and too little strategy for the event or goal specific training. Not simply using the technology available but to use coaching and resources available to have better skills…my first coach, Lenny Preheim, introduced Skills, Techniques, Tactics, and Strategy sessions for hours at times…and really instilled the discipline needed to create my own structure, not take things from a book or what other’s were doing, but make it my own. I think too many don’t necessarily try to “think on their feet” when racing and fall into the “same-old-same-old” rut.