After winning the ITT gold on Monday, Ann-Marie Miller won the 50-54 women’s national road race championship on Wednesday. And on Friday she won the criterium.

Ann-Marie won the national time trial championship for master women 50-54 in a time of 57:30, over 3 minutes faster than the next-placed rider’s.

Suzanne Tempsick and Scott Hodder of CRCA/DKNY Signature Cycles/3D teamed to take gold in the mixed masters tandem 90-99 category with a time of 52:41.

Marie DeRosa of CRCA/Third Nature finished 2nd in the master women 55-59 field in 34:00. Her category was won by our New Jersey neighbor and perennial national champion Betty Tyrell in 32:40.

Congratulations to all the medalists! (Photo by Team OrganicAthlete) 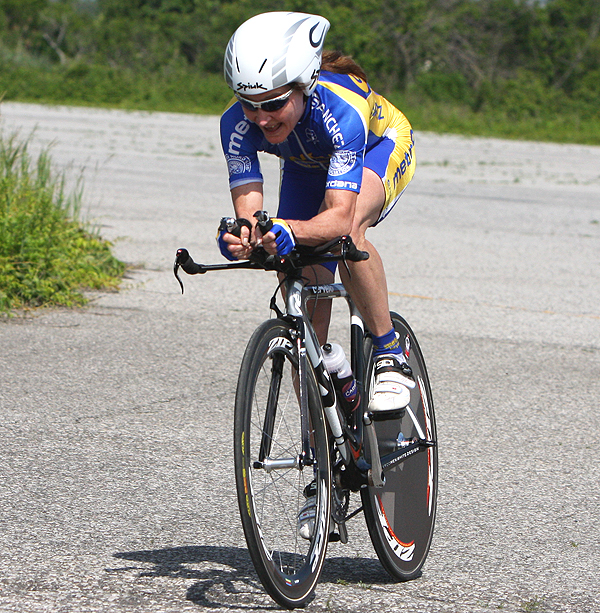