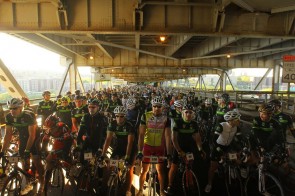 Last year saw a new event on New York’s cycling calendar–the inaugural Gran Fondo New York. The event was very successful for a first year event and is happening again in 2012. We interviewed the two organizers, Uli and Lidia Fluhme, about the event and plans for this and future years. In CRCA we pay a club or larger race fee to race around the park loop that we train on regularly. Here Uli and Lidia talk about how they are organizing an international race event across the bridge, some on roads we know well (many closed to traffic for the event!) and some we might not….

What led you all to start the Gran Fondo New York? Had you been involved in organizing any Grand Fondos elsewhere?

Uli Fluhme: I had been road racing for twenty years when I came to New York three years ago for work as an attorney at a bank. I competed for an Italian team, Sintesi Italpaghe, at Gran Fondos since the late 90s. I love Gran Fondo because it’s true racing on tough, long, single loop courses. Seeing how many people ride here, I figured it was time to follow my passion and put the two things I love together: New York and Gran Fondo. Convincing Lidia was easy. By 2010, she had raced six Ironmans in Hawaii. All it took was bringing her to Italy to race a Gran Fondo. After we got back from the trip, she immediately quit her job and got started on GFNY. She had also worked in finance previously and at that time she was fresh out of NYU business school. She’s lived in New York over 20 years and knows how to run things. Once the first key permits were in place, I also quit my job to get GFNY off the ground.

The route of the Grand Fondo covers roads many of us New York City racers regularly ride. What distinguishes the Gran Fondo, New York from the usual ride to Bear Mountain? 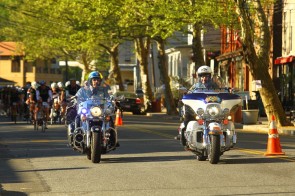 Lidia Fluhme: It’s pretty much the same distinction as the one between doing loops in the park on your own and participating in a race there–there is a different atmosphere and energy. Plus, you ride with people from over 60 countries.  Many roads are closed to traffic for the event and the police give riders the right of way at intersections. The GFNY is not a point-to-point race (yet!), the competition for the mountain primes is fierce. And with $100,000 in prizes, it’s hard to beat. To name a few: Pinarello Dogma 2 with Campagnolo Record and SRM, Mavic Carbone wheels, Campagnolo group sets, Diadora racing shoes, Limar helmets and shades. Finish Line Pro Care Buckets. You name it. 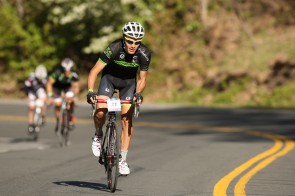 Additionally, we don’t do a straight 9W out and back to Bear. We’ve made sure to cover all the relevant hills west of 9W. Many locals came to us saying that they’ve never been on some of the GFNY roads before. Well, who knows Cheesecote?

As we talk to USAC cyclists, we sometimes hear that they think GFNY is just a ‘ride’.  It can be what you want it to be and for some, it is ‘just’ a challenging ride. But we also have many racers who participate – everything from Cat1 to Cat5, plus internationals. Entrants who have a recognized racing license (such as a USAC license) are put into corrals at the front of the field.  We already have over 200 racers signed up for the 2012 event.  So if you want to compete, there will be no shortage of competition.

So tell us more about what goes into the race fee.

Uli Fluhme: The toughest part for a racer is the entry fee of $200. Being racers ourselves, we would have loved to make it $20. But that just doesn’t cover the $400,000 we pay for permits and closures alone. That’s the reality we’re facing. Nothing is for free in this city, not even discounted. We try to make up for the entry fee by giving lots of value. In addition to six fully stocked aid stations and a post race meal, the goodie bag contains a Giordana jersey ($120), a GFNY Italian wine ($20), a GFNY sports bag ($70) and products from sponsors. The retail value of the whole goodie bag is already $250.

What are your plans for the future? 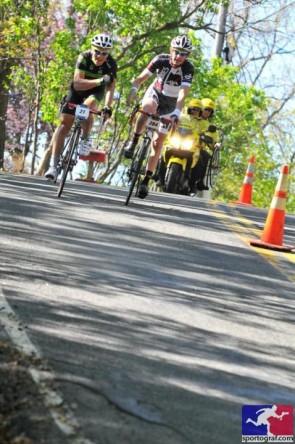 Lidia Fluhme: For 2012, we’re working hard on starting in NYC and finishing in Jersey opposite Manhattan. We created the ambassador team “Gruppo Sportivo GFNY” who lead the Sunday group rides. The GS is equipped with Pinarello Dogma2s, Campagnolo Super Record, SRM, Selle San Marco, Giordana, Diadora and Limar. It’s ridiculous. None of us is worthy of this gear. But we’re out there and visible and help the growth of the sport. We talk about the products. Companies understand that. Being the pure racers we are at heart, we’re looking into future opportunities to create a Junior/U23 team that races GF and true road races like Battenkill as a stepping stone to potential pro careers. Guys that use and abuse the great equipment our team gets.

GFNY is working towards becoming a start to finish race. Additionally, we’ll put on a pro race from 2013. Not because we think there is any money in it but because we love racing.

Do you have any idea how many CRCA members raced last year?

We had 137 racers. That includes internationals. The AXA Stans Notubes team realized that GFNY is a great platform to present their sponsor – and could be a good way to get some nice gear. At first they, too, were quite sceptic about the format of timed climbs only. But they loved it! They rode at a good clip between the climbs and made lots of new friends on the way. 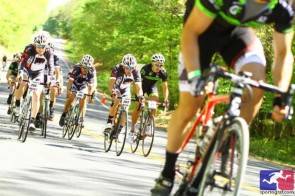 The race up the climbs was exciting to see. The Italian Maurizio Coccia was attacked left and right by the ten or so AXA guys. Instead of faltering, he went on counter-attacks! At the end, Clayton Barrows outsprinted him on Bear Mountain and that made the difference. I was on the motorbike behind them. They rode at 20mph. Maurizio is a strong rider but he’s almost a dime a dozen in Italian Gran Fondos. You usually get 10-14,000 feet of climbing over 100-130 miles. While we can’t transport the Dolomites to NYC just yet, we believe we can make the racing as exciting as it is in Italy. The current format of timed climbs may be different from a start to finish race but it seemed to me that the same riders were up front anyway.

Are there any final comments you’d like to make about the Gran Fondo?

Gran Fondo New York is not a glorified century ride like so many others in the US. It’s a true Italian style Gran Fondo. Ask any of the 500+ Italians coming over this May. And we invite everyone to join us on a trip to Italy. We race our first Gran Fondo of this year (2012) in Laigueglia on February 12. Italians love Gran Fondos and they love New York. We held a press conference in March 2011 and Angelo Zomegnan, former head of the Giro d’Italia and Renato DiRocco, President of the Italian Cycling Federation, talked about the excitement of a Gran Fondo coming to the world’s greatest city.