Club members who knew Earl were saddened by his loss but all quickly smiled when they recalled their favorite Earl memory.  At his service last week his sister’s words accurately captured who Earl was and why many in our community were so fond of Earl.  The following is an extract of  her comments for those who were unable to attend the service or may not have known him.

“Earl was a peacemaker who cherished lasting friendships because he was loyal and accepting of others.  He taught our family of ten siblings to be forgiving and gentle to each other.

One is constantly amazed at the breadth and scope of Earl’s interests in the life that he was part of.  He was an avid sports enthusiast, an ardent cyclist, a great story teller and humorist, a political analyst who taught his family to honor the best of our American way of life, a passionate crusader for the under-served, an outstanding leader, a tireless instructor and mentor, an astute judge of character tempered with tolerance for the foibles of others and a man with an insatiable mind for information.

Most importantly, Early understood what it meant to be a true humanitarian.  Earl was a very compassionate human being; he opened his home to international cyclists during the summer months.  Earl was find of animals, especially dogs, cats and birds.  He would often nurture stray animals back to health.  On occasions when the owner would recognize the animal as his, the animal would no longer want to return to the original owner but choose to remain with Earl.

Early was greatly loved by his friends within the international cycling community.  Many people know of him for his exploits as a cyclist.  Although he did not win many championships, recreational riders and racers alike have a lot of stores to tell about riding with Earl in Central Park or 9W or on the open road.  He always enjoyed riding hard and “that’s just how he rolled”.  He gave back to the cycling community by actively participating in the CRCA Foundation team management and development.  And even when weakened by his illness he managed to travel with the team to witness and cheer them on.  His participation will be sorely missed.  One of his greatest wishes is to see the cycling tradition that he was a part of and we trust that there will be other caring cyclists to carry on this work” 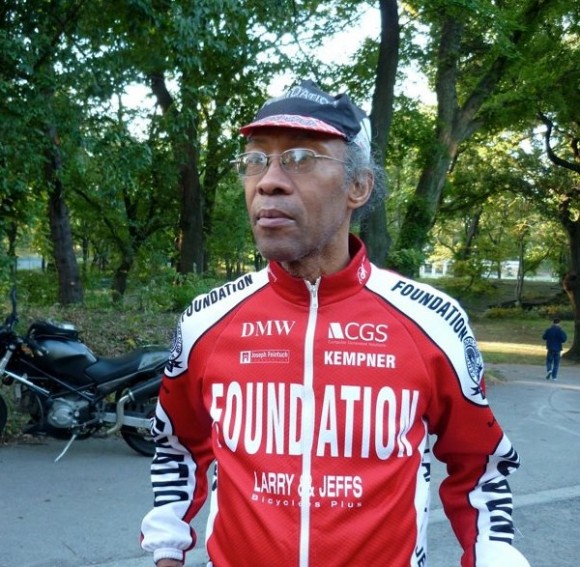