CRCA and Accelerade / 2nd Surge are excited to announce a major sponsorship agreement that includes the CRCA Club Race Series, the Central Park Classic and the Men’s Cat 3 Series as well as secondary sponsorship of the Lou Maltese Memorial presented by Lucarelli & Castaldi.  The race titles for the events included in this agreement are:

This sponsorship is essential to making CRCA’s expanded open race calendar possible and we are excited to  have the opportunity to work with Accelerade in bringing these great events to the region’s cycling community.

As part of the Sponsorship Agreement Accelerade and 2nd Surge will also be offering CRCA member only specials throughout the course of the year.  Details will be distributed with CRCA race numbers and available on the membership benefits section of CRCA.net.

Accelerade and 2nd Surge will also provide product samples at selected CRCA events throughout the course of the year, including at Race Number Pickup on February 15th at Third & Long.

This is an important development for CRCA and we encourage all members to learn more about Accelerade and 2nd Surge by visiting the Company’s website at: http://pacifichealthlabs.com/

Stay tuned for details on CRCA members only coupons!

When introduced in 2003, Accelerade, with its patented 4:1 ratio of carb to protein, represented a dramatic departure from conventional carb-only sports drinks. Accelerade also demolished the conventional dogma regarding the importance of protein to help fuel muscle cells and improve rehydration, the two essential criteria for a sports drink. Study after study has confirmed the superiority of protein-powered Accelerade in terms of increase endurance, reduction in muscle damage and more effective hydration.

Bonking. Hitting the wall. Blowing up. What causes extreme fatigue? Researchers have identified two fatigue centers; one in the brain, the other in muscles.  2nd Surge is the first all-natural energy gel specifically formulated to delay the onset of both muscle and brain fatigue. 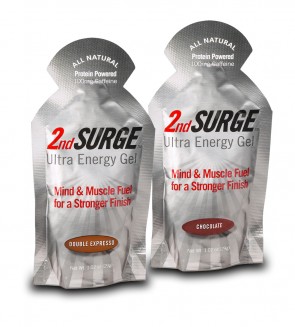 Founded in 1898, Century Road Club Association (“CRCA”) is a bicycle racing and development club that provides coaching and competitive events for all ages in the New York Tri-State area.  The club is one of the largest bicycle racing clubs in the country and was named “Club of the Year” in 2009 by USA Cycling, the sport’s national organizing body.